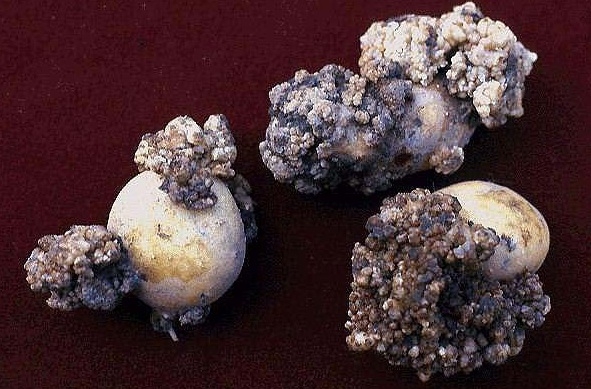 Potato wart poses no threat to human health or food safety. However, it is a quarantine pest that is regulated in Canada because it reduces yield and can make potatoes unmarketable.

The CFIA has placed the fields under quarantine and is carrying out additional control measures as part of Canada’s potato wart long-term management plan. These measures include controlling the movement of equipment and soil as well as cleaning and disinfecting machinery to prevent spread of the pest.

To mitigate the spread of this pest, the potatoes produced in the fields will be destroyed.

The CFIA, with the P.E.I. government and P.E.I. industry associations are working together to control this pest and inform various stakeholders of the situation.

The potato wart long-term management plan was established after the initial finding in 2000 and has been used to respond to previous detections of the pest. It includes regulatory requirements to effectively manage detections and prevent trade disruptions in the event of future detections. The last detection occurred in 2007.

For more information on potato wart and biosecurity measures, visit the CFIA website or call 1-800-442-2342.