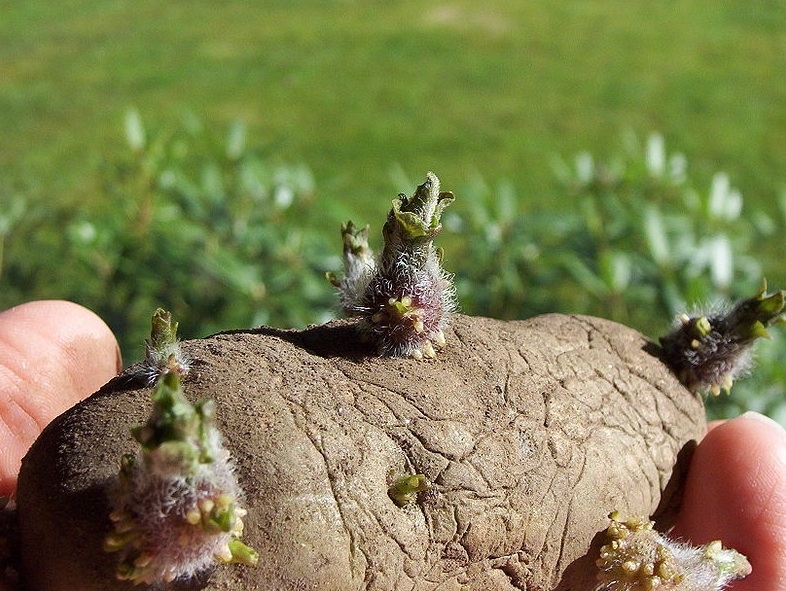 February 15, 2018 – Potatoes used for crisps and chips are usually stored at eight degrees – a temperature high enough to prevent starch from breaking down into glucose and fructose. To slow sprouting, potato producers often use a suppressant like chlorpropham, a chemical the European Union (EU) is looking to phase out due to health concerns.

Hoping to find an alternative to chemical sprout suppressors, the EU-funded GENSPI (Genomic Selection for Potato Improvement) project has developed a genetic marker system to identify plants that display a resistance to glucose and fructose formation. Their tubers can be stored at three or four degrees, low enough to keep sprout growth at bay for very long periods.

“Glucose and fructose formed during cold storage can cause very dark fry colours, leaving potato crisps and chips with an unacceptably bitter taste. The sugars can also cause a build-up of acrylamide, a potential carcinogen,” says Dan Milbourne, GENSPI project coordinator.

GENSPI developed new genomic selection breeding methodologies that will allow potato breeders to select the varieties of potato that seem to be resistant to sweetening at low temperatures.

To do this, researchers gathered a large collection of potato plants and fried thousands of tubers – the equivalent to 10,000 bags of potato crisps – that had been held in different storage conditions. They then measured their colour once fried and drew the links between fry colour and the genetic variation of the plant.

“Because the fry colour is controlled by many genes the best approach was to scan the genome for variation at many sites to find correlations between colour and genetic variation,” explains Milbourne.

Researchers then used the latest techniques in genome sequences – known as next generation sequencing – to identify over 100,000 regions across the genome where the DNA sequence varied among the plants. They combined data on variation on the potato phenotype and genome to build statistical models that could predict fry colour from DNA sequencing information.

“From the 100,000 regions showing genetic variation between the breeding lines, we were able to identify a smaller number of DNA markers that gave us a good ability to predict fry colour,” says Stephen Byrne, the Marie Skłodowska-Curie fellow who carried out the research. “This means we can develop an inexpensive DNA-based test to predict fry colour that can be applied to tens of thousands of plants in a potato breeding program.”

Traditionally, potato breeders inter-cross plant varieties to produce up to 100,000 seedlings, and then eliminate poorly performing plant types over a period of 10 years. Varieties that are resistant to glucose and fructose formation can only be identified at the end of this time, meaning that many potential varieties have already been eliminated from the breeding process.

GENSPI carried out its research in collaboration with a commercial potato breeding program led by Denis Griffin. Its newly-developed technique allows resistant plants to be identified early in the 10-year breeding program. The team hopes the project will lead to the release of one or more varieties that give an excellent fry colour even at low-temperature storage, avoiding chemical sprout suppressants.

“We hope to see these varieties released in the next five years,” concludes Griffin.