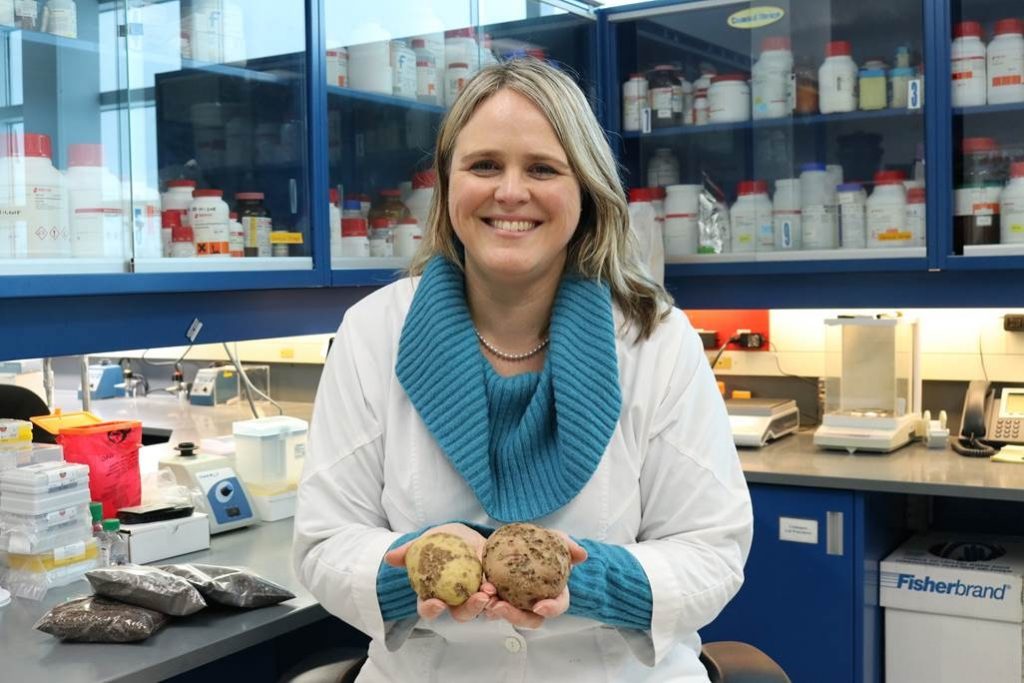 Fredericton, N.B. – Dr. Claudia Goyer, a molecular bacteriologist at Agriculture and Agri-Food Canada’s Fredericton Research and Development Centre in New Brunswick, says she is seeing promising results that may help potato growers get more of their products into the global marketplace.

Common scab is a potato disease caused by bacteria in the soil and while it is not a health issue for humans, common scab’s crusty lesions on potato skin can make potatoes unmarketable. The allowable limit for the appearance of potato scab on a potato is five per cent.

In the lab, the researchers bathed potato tissue samples in a plant toxin secreted by the microorganism that causes common scab. As expected, the toxin killed many of the tissue samples.

Among the survivors, they looked for samples that evolved with a resistance to the toxin, and hopefully to the microorganism that produces it.

“We’re tapping into a plant’s natural ability to spontaneously change or mutate in response to stress,” says Dr. Goyer.

From the surviving tissue samples, 50 were selected for field testing and ten of those have shown improved resistance.

Dr. Goyer is encouraged by the results, but says the evaluations will need to continue for another two to three years before the new, more resistant offshoots of the Shepody and Red Pontiac can be brought to the market.