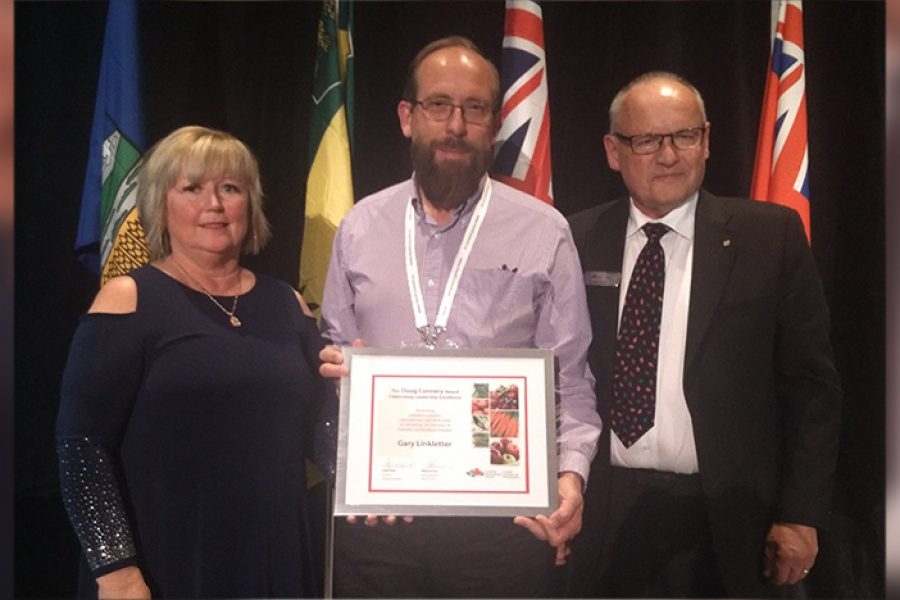 Linkletter is a seventh-generation potato farmer from Prince Edward Island who has been advocating for the potato industry at a national level for many years. He provided important grassroots feedback on the fresh pack industry as CHC worked with the Canadian Food Inspection Agency on harmonizing packaging and grade regulations with the U.S. He was also involved in the committee looking at harmonization of maximum residue limits (MRLs) for potato crop protectants between Canada and the U.S.

Linkletter has been a dedicated and active committee participant and has contributed to making regulations for the Canadian horticultural industry more effective. He has participated in Canada-U.S. Potato Committee meetings for several years, and his calm and knowledgeable perspective is well respected by grower and industry representatives on both sides of the border.

The Doug Connery award was created in 2012 in honour of the late Doug Connery, a past president and driving force behind CHC who suffered an untimely passing in 2011. CHC was honoured that Paulette Connery, Doug’s widow, was in the audience and helped to present the award that bears his name.