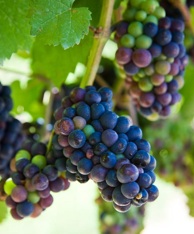 June 3, 2009, Picton, Ont. – Ontario grape crops are withering on the vine according to an Ontario winery owner.

June 3, 2009, Picton, Ont. – Ontario grape crops are withering on the vine according to an Ontario winery owner.

Seaton Mclean, owner of the Closson Chase winery, says Ontario grapes are going sour because cheap imported wine is being passed off as local product by the Liquor Control Board of Ontario (LCBO).

Due to a law cemented during negotiations of the North American Free Trade Agreement, most Ontario wines on offer in the province’s government-controlled wine stores are not what they seem. Carefully worded regulations allow for wine marketed in LCBO stores as Canadian product to have 70 per cent foreign content, 20 per cent water, and only 10 per cent Ontario juice. The clue is a discrete reference in the fine print: Cellared in Canada.

Growers are appealing to Ontario Premier Dalton McGuinty to intervene, before they blow the whistle on industry practices loud enough to tarnish the name of Ontario wine.