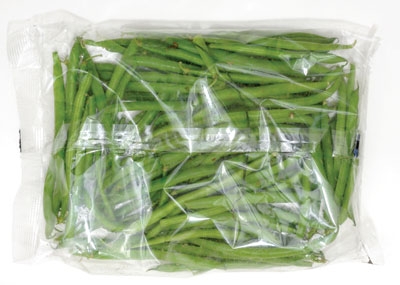 “You are seeing a lot more rigid packaging, clamshells and lids,” he said. “Low-profile clamshells offer a big reduction in physical damage and crushing.”

Fruit and vegetables emit water vapour, oxygen, carbon dioxide, volatile compounds and ethylene gas, which hastens the ripening of the produce in the package, explained Dr. Forney. In order to develop a successful package for produce, the fruit and vegetable industry should first consider the properties of the product and its target market, he said.

Modified Atmosphere Packaging (MAP) can act as a selective barrier to volatile compounds, thereby changing the atmosphere around the product to extend its shelf life, said Dr. Forney.

As the package is sealed, its oxygen content can be reduced, thus increasing the carbon dioxide around the product through respiration. High CO2 can reduce botrytis and inhibit ethylene biosynthesis, while slowing ripening and senescence, Dr. Forney said, adding that low oxygen in packaging also inhibits browning, ripening, senescence and ethylene synthesis. High humidity in the package can also reduce dehydration, wilting and shrivelling.

Dr. Forney stressed it is important to understand what produce can tolerate. Factors determining tolerance are the cultivar, gas concentrations around the produce, the duration of exposure to the gases in the packaging and the temperature of the package.

MAP packaging can present challenges, Dr. Forney said, noting the packer will have to determine what packaging to use, calculate the gas exchange rate within the package, as well as predict the respiration rates and the temperature fluctuations.

The gas transmission rate, Dr. Forney continued, can be affected by temperature and humidity and there is a lot of variability in product respiration rates due to cultivar differences and the surrounding environment.

As for package permeability, there is a diverse array of polymer films with differing transmission properties and variable gas transmission rates, although the films’ responses to temperature changes are limited, he said.

Micro-perforation of film will accommodate higher respiration of packaged fruits and vegetables. Micro-perforation can be mechanical, chemical or laser (which is preferred), Dr. Forney said, noting apple slices in micro-perforated packages have a fruitier, sweeter flavour than those in solid film.

He observed the more perishable the product is, the higher its respiration rate tends to be. Respiration also will increase with a jump in temperature of 10 C, which increases the respiration rate by two to four times. Processing and handling also can increase the rate, but respiration will decline as the storage length increases.

Due to variable respiration and temperature changes, equilibrium in the package’s atmosphere may not be achieved, said Dr. Forney. He added there is new European machinery for precision MAP to account for biological variability in the produce. Producers and packers can establish the desired atmospheric environment in a package by “flushing the package before you seal it.”

He added there is packaging available that also responds to temperature and atmosphere changes, carbon dioxide, oxygen and ethylene emissions.

Packaging can present a barrier to contamination, product tampering, and antibacterial sachets placed in the package can fight pathogens, Dr. Forney said.

Produce can also be cooled and microwaved in today’s packaging while bearing “intelligent labels” that provide quality assurance by indicating the produce quality in the package through changes in the colour of symbols on the labels.