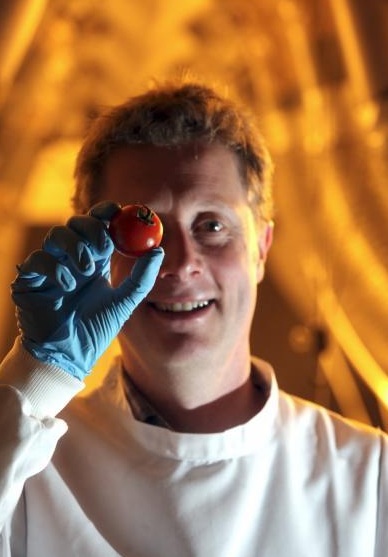 April 12, 2011 – Storing
fruits and vegetables in ozone-enriched environments reduces spoilage explains
a scientist at the Society for General Microbiology’s Spring Conference in
Harrogate. Dr Ian Singleton explains how ozone treatment could be a safe,
effective replacement for pesticides as it leaves no residue on foods.

April 12, 2011 – Storing
fruits and vegetables in ozone-enriched environments reduces spoilage explains
a scientist at the Society for General Microbiology’s Spring Conference in
Harrogate. Dr Ian Singleton explains how ozone treatment could be a safe,
effective replacement for pesticides as it leaves no residue on foods.

It is estimated that up to
30 per cent of fresh produce can be lost due to microbial spoilage. Dr.
Singleton from Newcastle University explains that low levels of gaseous ozone
are able to prevent fungal spoilage in a wide range of stored fresh produce,
including strawberries, tomatoes, grapes and plums. His work has shown that
enriching the storage environment with ozone causes a substantial decline in
fungal spore production as well as a reduction in visible lesions on fruits
that are already infected. Fruit stored at low levels of ozone for up to eight
days prevented almost 95 per cent of disease from developing, depending on the
fruit and levels of fungal infection.

Fungal contamination is
the most common cause of spoilage of stored fruit, salads and vegetables and
the risk of microbial contamination increases with longer storage periods. From
the 1950s onwards, heat treatment was replaced with cheap and effective
synthetic fungicides, often used in combination with pre-pack sanitation
treatment containing chlorine or bromine.

Dr. Singleton explains why
alternative methods to reduce fungal spoilage are needed. “There are public
concerns over pesticide residues on fresh produce. Ozone is a viable
alternative to pesticides as it is safe to use and effective against a wide
spectrum of micro-organisms. Importantly, it leaves no detectable residues in
contrast to traditional methods of preserving fresh produce.”

Interestingly, Dr.
Singleton’s team found that exposing tomatoes to ozone before infecting them
with fungus also reduced spoilage. “This suggests that ozone treatment exerts a
memory or vaccination effect that protects fruit from damage. It is unclear how
this phenomenon works, but is certainly worthy of further, detailed
investigation,” suggested Dr. Singleton.

Careful work is also
needed to optimize levels of ozone and length of exposure for each variety of
produce. “Different fruits have been shown to have different tolerances for
ozone. We need to look carefully at how we control the atmospheric
concentration of the gas in stores and transit containers, since levels of
ozone that are too high can damage produce, causing financial losses.”