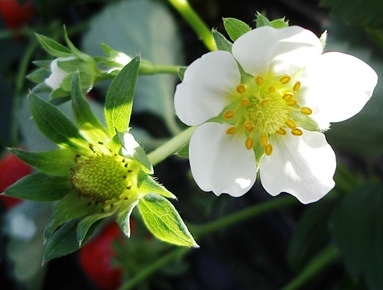 March 6, 2012 – Organic cultivation methods not only benefit biodiversity; they also appear to have a positive effect on the ecosystem servicing pollination.

In a study of strawberry plants in Sweden, the proportion of fully pollinated flowers was significantly higher on organic farms. This is shown in new research from Lund University in Sweden.

The study is based on studies of strawberry plants on 12 farms in the county of Skåne, Sweden. On the farms with KRAV organic certification, where neither pesticides nor non-organic fertilizer are used, 45 per cent of the strawberry flowers were fully pollinated. On the conventional farms, the corresponding figure was 17 per cent.

“The results show that the pollination service is benefited by organic cultivation methods, which is an important factor in the development of sustainable agriculture”, says Georg Andersson, a doctoral student in environmental science at Lund University.

The research also shows that the positive effects of organic cultivation are evident within two to four years of the farm receiving KRAV certification.