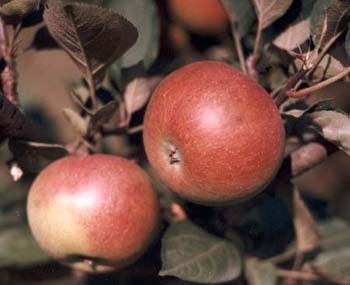 October 23, 2017, Guelph Ont – Ontario’s cider industry is working on new ways to quench the growing thirst for locally-grown hard cider, from the ground up. In 2011, the Ontario Craft Cider Association (OCCA) formed with a mandate to develop and maintain a world-class cider industry in Ontario using local fruit and craft methods.

It was a lofty goal, considering none of the cider apple varieties were readily available to Ontario growers. But with hard cider leading the growth category at LCBO stores, the group saw an opportunity to grow the seven per cent market share Ontario cider currently has of this segment. And in the process, the effort would support locally-grown cider to strengthen this made-in-Ontario industry.

“Ontario growers have been producing local cider for years using fresh apple varieties and they make a good cider,” says Tom Wilson, owner/operator of Spirit Tree Estate Cidery in Caledon and OCCA chair. “But we know that European varieties grown specifically for the cider market contain a much better flavour profile and tannin content to make high-quality hard cider.”

One of OCCA’s first projects involved grassroots research to evaluate European cider apple cultivars under Ontario’s growing conditions to understand the agronomics of growing the varieties and evaluating the attributes of the resulting juice for cider quality.

“Our group is part of a three-phase project to build a bigger cider industry in Ontario,” says Wilson, who is a third-generation Ontario apple grower. “There is very limited information available for our members on how European cider varieties will perform in Ontario. We really need science-based information to help growers make informed choices about using cider apple cultivars that will create the type of cider the market is craving.”

The first phase of the project was to source the genetic material to grow some of the European cider apple cultivars. The second phase, supported in part by Growing Forward 2 (GF2) funding accessed through the Agricultural Adaptation Council (AAC) is where the grassroots, field research took place.

Five orchards around the province were chosen to plant 29 new cider apple cultivars to gather local performance data on how the trees grow and the attributes of the resulting juice.

While OCCA is learning the finer points of growing European cider cultivars, they also commissioned an economic impact study of the Ontario industry.

Building a stronger cider industry in Ontario will return greater economic activity for the 25 craft cider producers, and in the process deliver many spin-off contributions to the broader community.

“The latest economic impact study we commissioned in late 2016 identified a number of other benefits for our growing sector, including tourism, rural development, attracting new businesses, community events and contributing to employment and training opportunities in the areas where our members operate,” says Wilson.

OCCA’s commissioned report provides encouraging statistics about the contributions of the Ontario industry to the economy, and the results confirm a growing opportunity for Ontario growers and cider lovers. Ontario-grown cider contains all the elements of a great agri-food success. Consumers are ready and eager to support local, Ontario’s cider growers are making great strides with new cider apple varieties and hard cider is a beverage category that continues to exceed growth targets year after year.