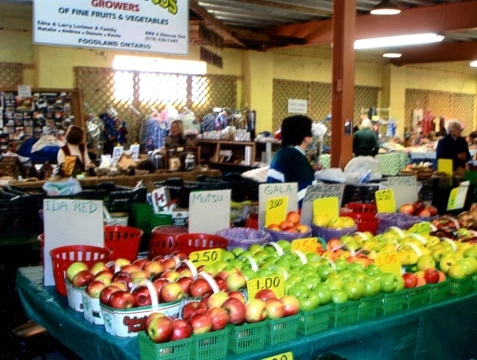 Proposed changes could threaten the livelihoods of thousands of farmers, making it harder for local growers to get the workers they need and operate effectively, and significantly reduce access to local fruits and vegetables on store shelves. File photo

Ontario’s horticultural industry has launched a digital campaign to demonstrate public support for a long-running program that allows growers affected by a chronic labour shortage to hire workers from Mexico and the Caribbean on a seasonal basis.

The Fairness for Growers campaign uses a web portal to provide information about the benefits of the Seasonal Agricultural Workers Program (SAWP) and to help consumers to directly email their Members of Parliament, voicing support for the program and the importance of continued access to fresh, local food.

The campaign was initiated in May. As of June, 1,400 Canadians had used the portal to send letters of support for SAWP to their MPs.

The labour program was established in 1966 to respond to a severe shortage of domestic agricultural workers. It continues to serve the same role 52 years later, enabling Ontario farmers to stay in business.

This year, more than 18,000 workers from Mexico and the Caribbean are expected to fill vacancies on a seasonal basis — up to a maximum of eight months — at approximately 1,450 Ontario farms.

But the federal government may change that. Federal regulators who oversee the program are implementing more and more regulations, and some growers are concerned about the program’s future.

These changes could threaten the livelihoods of thousands of farmers, making it harder for local growers to get the workers they need and operate effectively.

They could also significantly reduce access to local fruits and vegetables on store shelves, put Canadian jobs at risk and hurt thousands of seasonal workers who want these jobs to provide a better standard of living for the families.

The Seasonal Agricultural Workers Program is a “Canadians first” program, which means supplementary seasonal farm labour is hired from partner countries only if farmers cannot find Canadians willing to take the same jobs.

It’s estimated that at least two jobs for Canadians are created in the agri-food industry for every seasonal worker employed through SAWP at Ontario farms.

Without the program most Ontario farmers simply couldn’t continue to grow fruits and vegetables. Some would move into less labour-intensive crops, while others would abandon agriculture altogether.

A severe shortage of domestic workers is costing Canadian farms approximately $1.5 billion per year and hurting Canada’s overall economic competitiveness, according to research by the Conference Board of Canada.