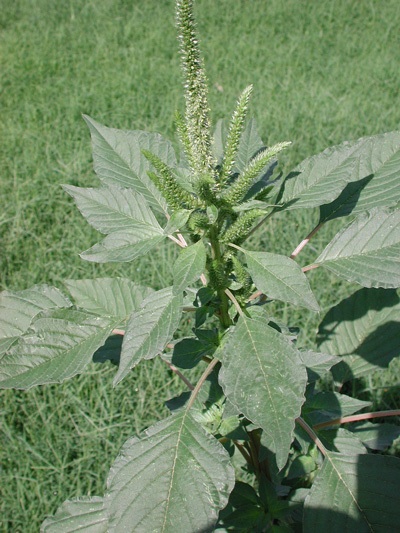 Herbicide
resistant weed populations have been found throughout greater than 50 per cent
of the carrot, onion and leafy vegetable growing area in Ontario and Québec,
encompassing more than 20,000 acres. In some cases, the weed species are
showing resistance to two or more herbicide groups resulting in total crop
failures from weed competition. Herbicide resistance has been documented from
samples collected in 2010 to Group 7 (Lorox – linuron) and Group 5 (Gesagard /
Sencor – prometryn / metribuzin) herbicides.

In
Ontario, an intensive survey in the Holland and Keswick marshes (north of Toronto)
collecting pigweed plants from more than 60 growers with multiple field
locations will occur. In order to eliminate the potential of the pigweeds’
going to seed, the plants will be collected and grown out in a nursery at the
University of Guelph’s Muck Crops Research Station. The seeds from each field
will be tested to identify what types of resistance have been found. Growers
will then be provided with recommendations on how to manage their resistance
problems.

Other carrot,
onion and leafy vegetable
growing areas in Ontario will also be sampled for pigweed resistance, such as:
Dover Township / Paincourt (Chatham-Kent), Erieau Marsh (Chatham-Kent), Hilman
Marsh (Essex), Thedford / Grand Bend (Lambton), Simcoe and Norfolk counties. If
you are interested in having your field (s) surveyed please contact Kristen
Callow at: kristen.callow@ontario.ca
or 519-674-1335.

Five
demonstration trials showing alternate methods of weed control (over the row
and inter-row herbicide banding, as well as, carrot trimming) and several
herbicide trials (new and old herbicides and combinations) will be showcased in
the Holland and Keswick marshes in the fall during the University of Guelph’s
Muck Crops Research tour in early September.

This
project will provide new cultural and chemical tools to manage and prevent the
spread of resistant weed species. The successful completion of this project and
adoption of the Integrated Weed Management (IWM) Best Management Practices (BMP)
will ensure the producers in both regions have crops to harvest and continue to
remain competitive. Results will benefit producers across Canada, particularly
in British Columbia, Manitoba, Nova Scotia, Ontario, Prince Edward Island and
Québec.

A team of
researchers and extension personnel from the University of Guelph, Agriculture
and Agri-Food Canada, OMAFRA and MAPAQ are collaborating on this large research
project to find the best solutions possible for the growers.