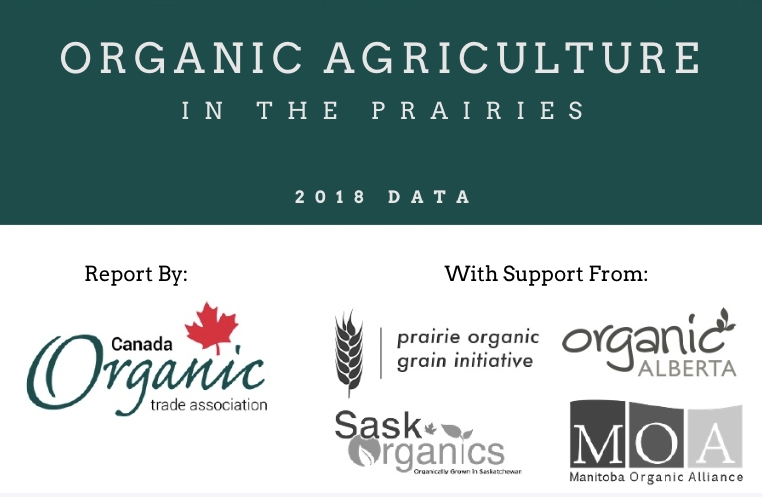 Now in its fifth year of publication, the Prairie Organic Agriculture Report provides up-to-date acreage and operator information for Canada’s Prairie Provinces. Consumer demand for organic products continues to grow, encouraging more farms, processors, and retailers to choose to participate in the organic sector.This has resulted in an increase in certified organic operations, along with an expansion of certified organic acreage across the Prairie landscape. Organic operations and acreage constitute approximately two per cent of farmland and two per cent of farms, as measured by the 2016 Census of Agriculture.

Organic farmnumbers and acres continue to grow, despite the overall decline in non-organic farms and lack of overall acreage growth in the Prairies. Consumer behaviour is also shifting towards plant-based products, resulting in a decrease of livestock operations.