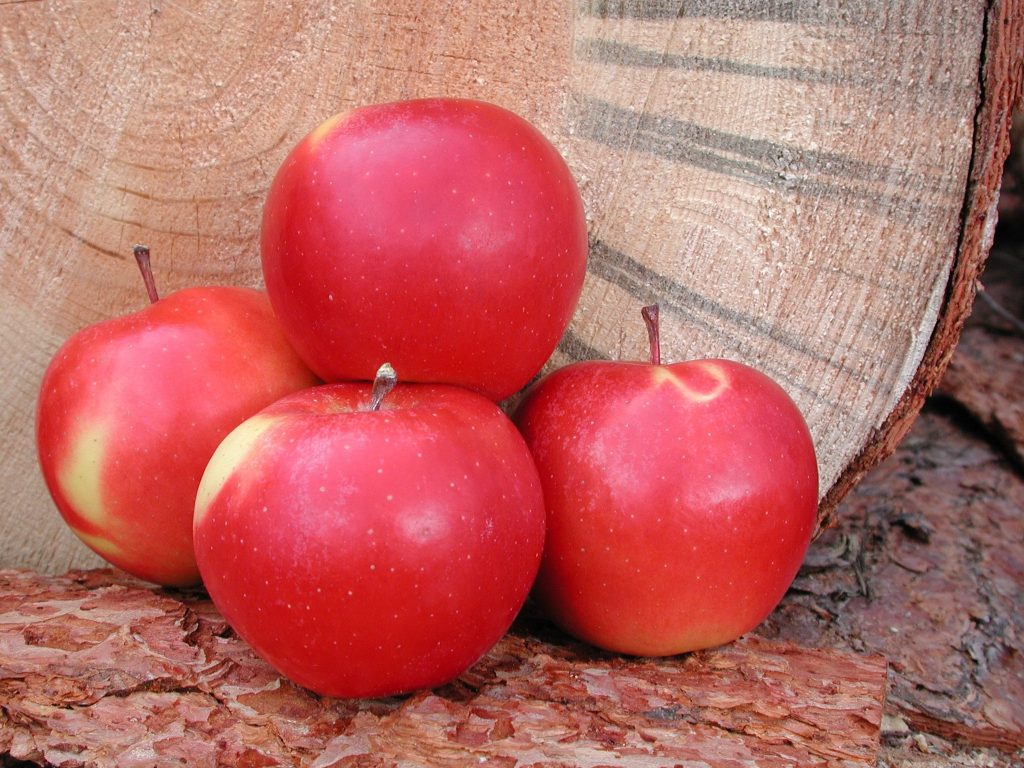 October 15, 2012, Vancouver, BC – Apple lovers have a new variety to sink their teeth into debuting in select stores this fall.

Ron Cannan, MP for Kelowna-Lake Country, recently revealed the name of the newest apple on the market at the annual University of British Columbia (UBC) Apple Festival – the Salish.

The Salish is tangy, juicy and very crisp. It is medium-sized, with a pinkish red blush over a yellow background colour. The apple has characteristics that appeal not only to consumers – high quality appearance, texture and flavour – but also those that Canadian apple growers seek – late harvest date, good storage and shelf life, high yields and good growth habits for high-density orchards.

Previously known as SPA493, the Salish apple was developed and tested by Agriculture and Agri-Food Canada (AAFC) scientists, in partnership with the Okanagan Plant Improvement Corporation (PICO). Like all AAFC varieties, this new apple was developed using traditional cross-pollination methods. It originated from a cross between Splendour and Gala cultivars made in 1981 at AAFC’s Pacific Agri-Food Research Centre (PARC) in Summerland, B.C.

Once the desired characteristics were yielded by AAFC scientists, PICO worked in testing and evaluating the new variety with growers.

“With already fifteen orchardists committed to growing the Salish, we look forward to having increased production year after year,” said John Kingsmill, general manager & CEO of PICO. “This … apple holds the promise of being one of the best.”