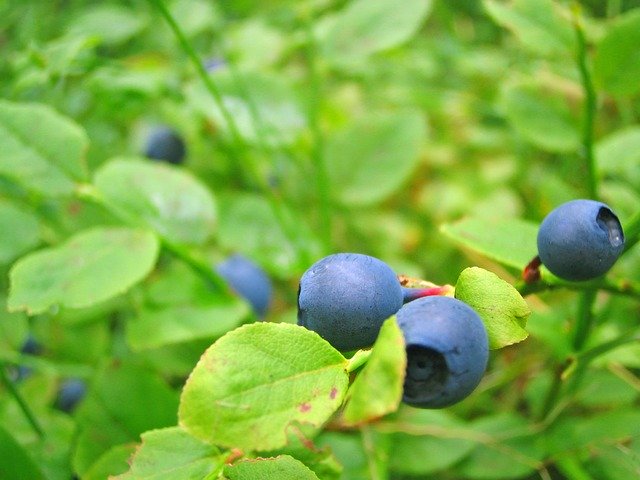 Agricultural groups in New Brunswick are opposing plans by the province’s Liberal, Green and People’s Alliance parties to ban the use of glyphosate on public land.

On August 31, The New Brunswick Liberal and Green parties promised to end the use of the common herbicide glyphosate by forestry and power companies on Crown land if elected.

Liberal leader Kevin Vickers, according to the CBC, said the promise wouldn’t apply to private land, but called it “a first step.”

Premier Blaine Higgs has been the current premier of New Brunswick since 2018 and is the leader of the New Brunswick Conservative Party. According to CBC’s report on the issue, Premier Higgs said that his government already has reduced glyphosate spraying by 30 per cent by expanding bans within designated watersheds and on NB Power transmission lines within Crown land.

In 2019, approximately 35,000 acres of land was used to grow blueberries and of that acreage approximately 24,000 acres is on Crown land. “The wild blueberry sector is growing and it is mostly on crown land,” BNBB stated.

In 2018 Bleuets NB Blueberries had a study conducted that shows an annual economic impact of over $38 million and over 700 jobs in the province.

Health Canada stands by the safety of glyphosate

Glyphosate is a controversial weed killer in the public’s eye but the Pest Management Regulatory Agency (PMRA) regulates the use of pesticide and has consistently stood behind its safety as a product.

The PMRA conducts a full review of approved pesticides every 15 years, or conducts special reviews for specific concerns that are raised. For example, the neonicotinoids came under special review because of growing concern about their impact on the safety of pollinators.

PMRA published its re-evaluation decision of glyphosate in 2017, and another review decision in 2019 to address objections raised. After both re-evaluations, PMRA concluded that the herbicide is safe to use when following label directions.

“No pesticide regulatory authority in the world currently considers glyphosate to be a cancer risk to humans at the levels at which humans are currently exposed,” PMRA added.

Application guidelines are followed by farmers. Bleuets NB Blueberries explained that farmers need a valid applicator license to purchase and use commercial chemicals. To obtain a license, they must complete training and pass an exam.

Around 80 per cent of blueberry production is exported, according to BNBB, which means that producers have a choice of fewer than 30 accredited pesticide products to work with to ensure their products are able to be exported. In addition to regulated product use, producers have to comply with strict Maximum Residue Limits for Pesticides (MRLs). A MRL is the highest level of a pesticide residue that is legally tolerated in or on food or feed when pesticides are applied correctly.

“We believe that local government should not be able to dictate the use of approved pesticides by Health Canada,” BNBB said, adding that guidelines are already in place by Health Canada, the PMRA, and New Brunswick Department of Agriculture.

“We believe that local government should not be able to dictate the use of approved pesticides by Health Canada,” BNBB said, adding that guidelines are already in place by Health Canada, the PMRA, and New Brunswick Department of Agriculture.

Agriculture issues continue to be ‘misunderstood’

“If the next elected government takes the course toward banning glyphosate, this decision will deeply affect a wide variety of New Brunswick farmers who grow crops such as potato, fruit, vegetable, cereals, pulse, corn, canola and soybean,” the AANB said.

While the current plan is to ban the use of glyphosate on Crown land, the framing of glyphosate as ‘unsafe’ and potential for the ban to be expanded over time, is the concern.

“We stand behind the risk-based science process of the Canadian PMRA and others in their findings that glyphosate use does not pose a cancer risk. We urge government to use a science based decision approach when considering any changes to the use of glyphosate in the province,” AANB continued.

In an interview with Huddle, AANB president Lisa Ashworth said just like the need for temporary foreign workers, glyphosate usage is another issue related to the agriculture industry that is misunderstood.

“Farmers across the province are increasingly concerned that potential decisions, like this one, are being made in haste and are creating an environment of unpredictability that reduces growth and investments in our sector,” AANB said.

The 2020 New Brunswick provincial election will be held on September 14.