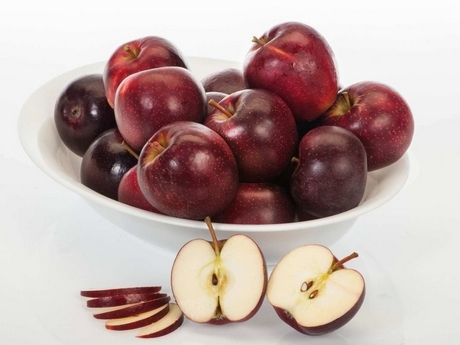 September 2, 2014 – Tens of thousands of apple trees featuring a new dark-burgundy fruit bred in Western Australia, will be planted in orchards around the area this year.

About 75,000 trees were made available for sale last month and the majority of these have now been sold to growers in key WA apple growing areas. The apple was bred by the Department of Agriculture and Food, which manages an apple-breeding program based in Manjimup. READ MORE