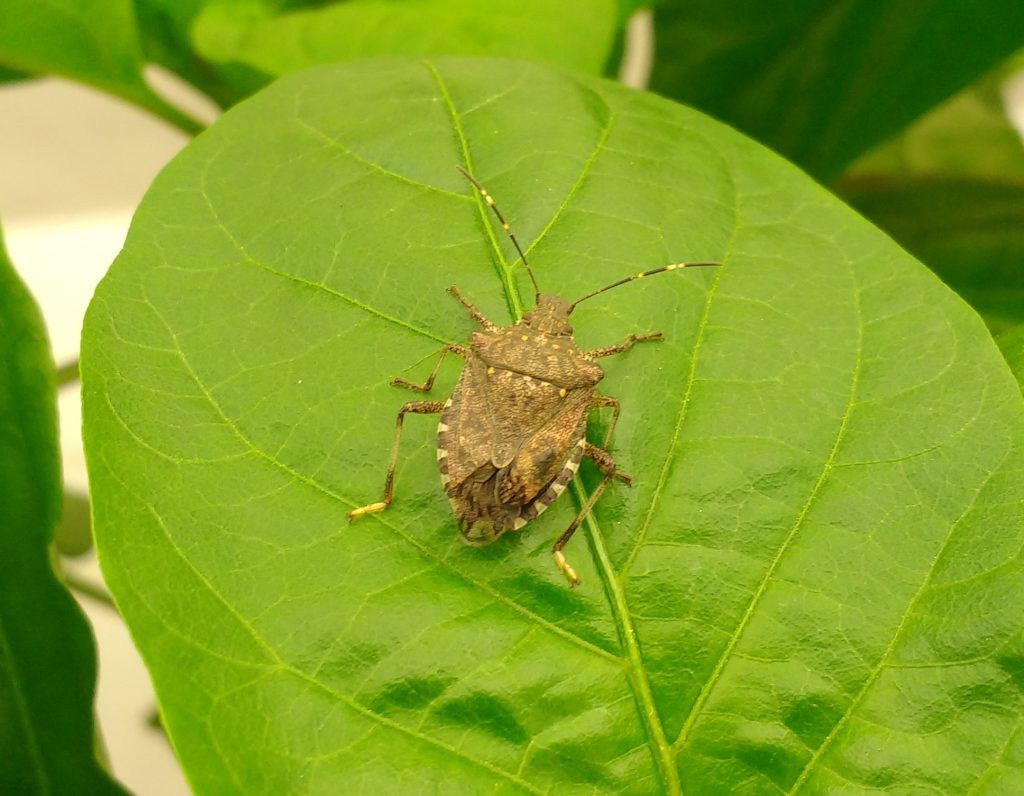 May 23, 2017, New Brunswick – Agriculture and Agri-Food Canada entomologist Dr. Chandra Moffat is on the lookout for evidence of an agricultural pest that is causing significant damage to crops in the U.S. and parts of Canada.

The Brown Marmorated Stink Bug is an invasive insect that damages various fruit and vegetable crops including apples, tomatoes, beans and many others.

While the insect hasn’t been detected in the province, scientists are expecting its arrival in the next few years.

To get ahead of the game, Dr. Moffat is setting traps in key locations across the province to try to determine if the pest has made its way to N.B.

Originally from Asia, the Brown Marmorated Stink Bug was first detected in the U.S. in 2001.

Since then, the pest has established populations in many U.S. states as well as B.C., Ontario and in 2016 it was discovered in Quebec.

While there are other stink bugs native to this region, the Brown Marmorated Stink Bug has distinct markings that give it away.

These pests have two obvious white bands on otherwise dark antennae, inward-pointing white triangles between dark markings along the edge of the abdomen, and a smooth edge along the pronotum or “shoulders”.

They are mottled brown-grey dorsally and a have a pale underside. Legs have faint white bands.

The Brown Marmorated Stink Bug can be found in homes or storage sheds over the winter and start making their way outside in the spring. Moffat is asking New Brunswickers to be our citizen scientists this season and be on the lookout for this pest.

Campers and travellers spending time in the U.S. or central and western Canada this summer are asked to check their luggage and trailers for signs of the pest before returning to N.B.