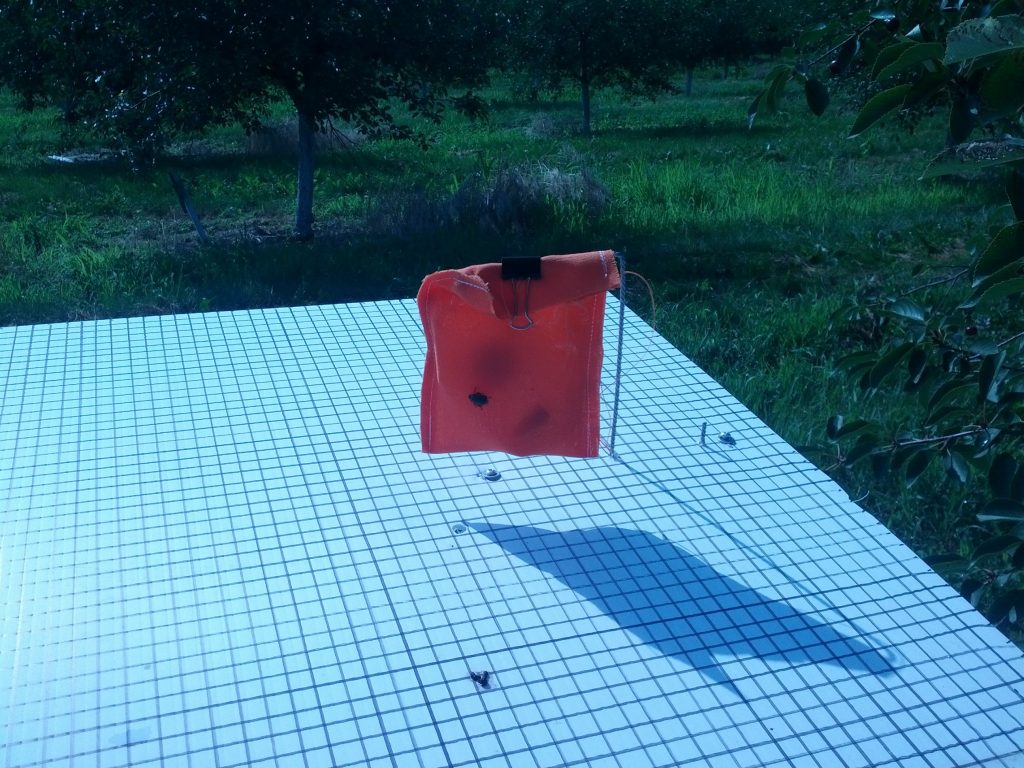 December 9, 2015 – Researchers from Michigan State University (MSU) have received a $173,151 grant from the U.S. Department of Agriculture National Institute of Food and Agriculture to study novel, non-spray control methods for invasive fruit pests.

The two-year project will examine the use of small nylon pouches that hang from trees and/or bushes. The pouches are treated with insecticides and filled with attractants such as pheromones or food to lure and kill the insects on contact.

The project will allow researchers to determine which attractants work best and how long each pest must be in contact with the insecticide to receive a lethal dose. Grieshop indicated that the project model was taken from research conducted with mosquito netting.

“We’ve been working on the attract-and-kill project for three seasons,” Grieshop said. “It was originally funded by MSU’s Project GREEEN [Generating Research and Extension to meet Economic and Environmental Needs] and commodity groups. The first season was really the development and testing of the technique. The second was working with various pests such as Japanese beetle and Oriental fruit moth. It has worked well, and we’ve gotten great data. We hope to have the same type of success with these other pests.”

Laboratory testing and fieldwork will be conducted. Researchers must determine in the lab how long each species needs to be exposed to the insecticide to suffer 100 percent mortality. Then, in the field, cameras will monitor wild insects’ interactions with the nylon bags.

The initial work isn’t compatible with organic farming because the test insecticide is not National Organic Program (NOP)-compliant. However, eventually the researchers want to determine if NOP-compliant  insecticides could be substituted.

“My hope is that, by expanding our attract-and-kill technique to more pests, we can identify some key insect behavioral characteristics that can predict whether this type of approach is likely to succeed for many pests,” Grieshop said. “The most exciting aspect of this pest management technique is that, by bringing the pest to the insecticide rather than broadcasting the insecticide and hoping that the insect will contact it, we are developing pest management tactics that are both economically and environmentally conscious.”