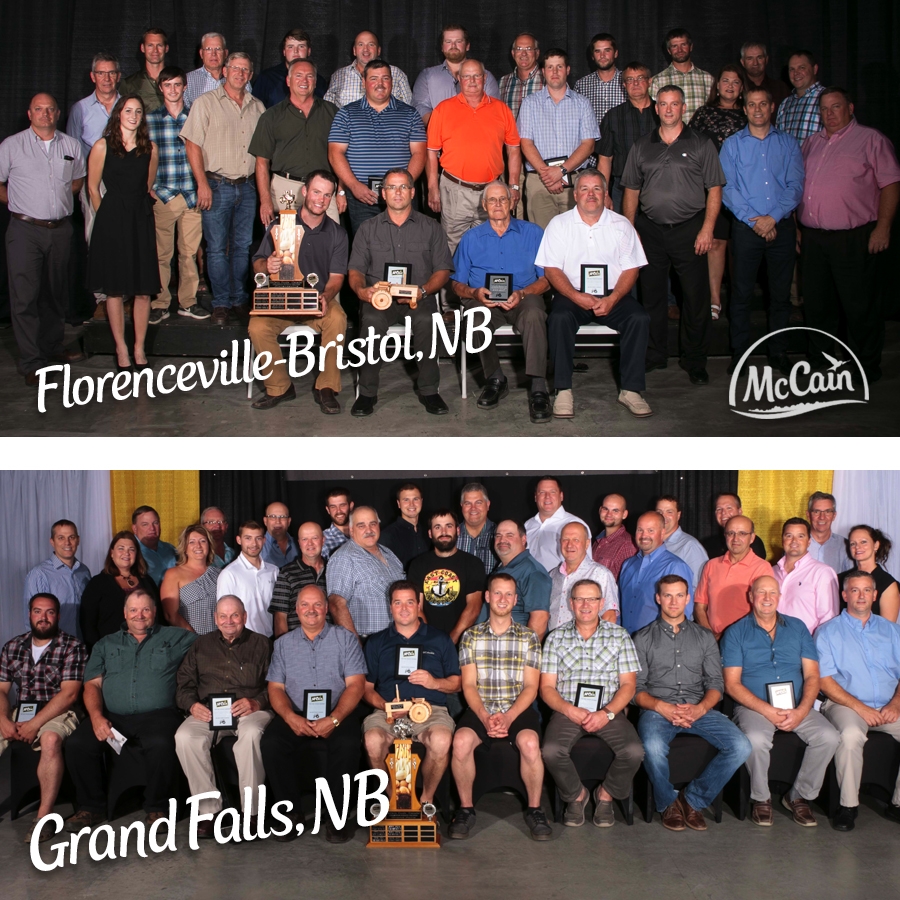 October 6, 2017 – The Grand Falls and Florenceville-Bristol, NB, growers banquets were held in August 2017 to recognized the top grower partners of McCain.

McCain expressed the importance of New Brunswick agriculture and the need to continuously be innovative in farming practices.

“Early adoption of farm practice innovations is essential to ensuring New Brunswick growers and McCain can compete in global markets,” she said.

Wentworth thanked the growers for their “loyalty, dedication and contribution to McCain over the last 60 years” and wished them a safe and bountiful harvest, while Altman reiterated that the company’s partnership with the growers is critical for the business.

“McCain is a proud Canadian company,” he said, “and you all have a part to play in that.  We look forward to a bright future ahead.”

“It’s a great feeling and makes me feel appreciated for all the hard work that I’ve given,” said Marc. “It takes dedication, hard work, employees that care and, of course, some good luck too.”

Arthur Tweedie – with sons Peter, Paul and grandson Matthew – of Lakeside Farms was surprised and delighted to be announced as the Champion Grower. The Tweedie family is only one of two grower families that have been providing potatoes to McCain since the company started 60 years ago, in 1957. They have been in the Top Ten eight times and this is their second time claiming the Champion title. When asked what it took to achieve the first place standing, Peter said “following advice from McCain agronomists and talking to other growers about best practices was really helpful, but a lot of it was just good luck and help from Mother Nature.”

Other growers who qualified for the top 10 Florenceville-Bristol roster, in order of final standing were:

The other growers who qualified for the top 10 Grand Falls roster, in order of final standing were: