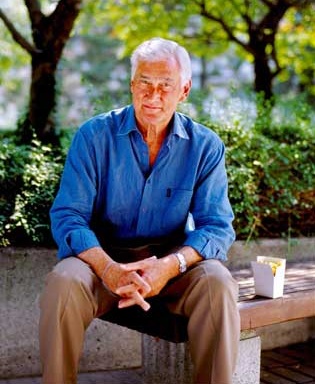 May
16, 2011, Toronto, Ont – Wallace McCain, the mogul and philanthropist who
helped turn a small New Brunswick french fry plant into the McCain Foods
multibillion-dollar frozen foods empire, has died. He was 81.

May
16, 2011, Toronto, Ont – Wallace McCain, the mogul and philanthropist who
helped turn a small New Brunswick french fry plant into the McCain Foods
multibillion-dollar frozen foods empire, has died. He was 81.

McCain,
co-founder of McCain Foods and chairman of Maple Leaf Foods, died May 13 in
Toronto after a 14-month battle with pancreatic cancer.

“What
he built in business is now part of our history. But what should be known as
well was his infectious sense of humour, his compassion and his generosity to
so many causes dedicated to making the lives of Canadians better, “ Martin said
in a statement.

McCain’s
closest friends described him as a spry and charismatic man whose generosity
matched his ambition, and whose zest for life never dimmed.

“He’s
fun to be with, he was full of life, he just lived life right to the maximum.
He was just a wonderful person to be around.”

Industrialist
James Irving, whose family businesses competed with McCain’s enterprises on
more than one front in Atlantic Canada, said he was “truly saddened” by
McCain’s death.

“Our
relationship goes back a great number of years and I have many wonderful
memories.”

“No
matter how good (brother) Harrison and I, and our people, were in our day, it
should never be the same,” Wallace McCain once said. “Great companies renew
themselves.”

McCain
and Harrison founded the New Brunswick-based McCain Foods Ltd. in 1956,
building it into one of the globe’s largest frozen food companies that now
operates in 44 countries and produces more frozen french fries than any other
company in the world.

The
two were following in the steps of their father, who owned a seed potato
exporting business in their hometown of Florenceville, N.B. They hired 30
employees at their new plant and sold $152,000 worth of fries in their first
year.

But
as consumers craved the convenience of prepared foods, the company grew into
more than small potatoes – expanding into the United Kingdom, Australia and the
United States in less than 15 years.

Throughout
the 1970s, 80s and 90s, McCain snapped up European and American businesses,
expanding into the frozen pizza, vegetable and fish processing markets, and
juice business, and ramping up its number of plants around the world.

But
in 1994, McCain was forced out as co-CEO after a bitter public feud with his
older brother about who would take over the company. Wallace wanted his son
Michael to take the reigns, but Harrison preferred outside managers. More than
$20 million in legal fees later, courts sided with Harrison, who later went on
to name his nephew Allison McCain as his successor. Harrison died in 2004.

McCain
and his brother, who’d been inseparable most of their lives, reconciled well
before Harrison’s death.

New
Brunswick Premier David Alward said the province will always be grateful for McCain’s
“immense contribution” to the company that has helped fuel its economy for
decades.

“Over
the years, the McCains created and maintained good jobs for many people in
Carleton County and throughout our province, and they still do today,” he said
in a statement.

Although
Wallace McCain left the New Brunswick food company, he remained a board member
and vice-chairman and still owned one third, but he couldn’t stay out of the
business that made him one of the world’s richest people.

Last
year, Forbes Magazine listed Wallace McCain as No. 421 on its annual list of
richest billionaires worldwide, giving him a personal net worth of $2.3
billion.

Wallace
is survived by his wife, Margaret, his four children and nine grandchildren.

Funeral
services are planned for May 20.