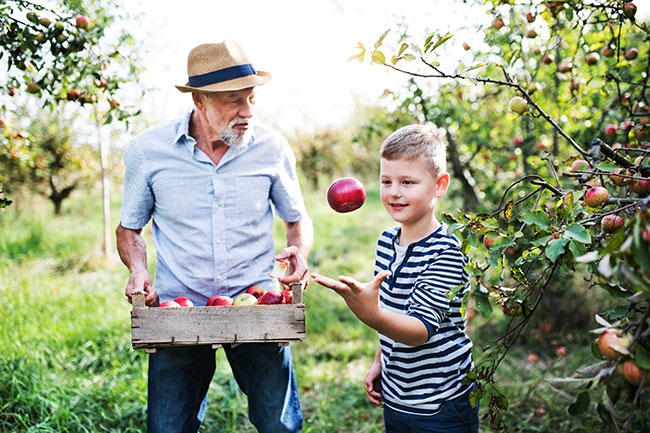 PYO farms have begun to see a new kind of customer, one who is looking strictly for a photo opportunity. Photo: Adobe Stock

Most on-farm marketers would agree that the seventies were the pinnacle of the pick-your-own (PYO) era. The majority of families at that time had one wage earner and by going to a farm to pick your own fruits and vegetables and preserve them for the winter, families were able to stretch the single salary a little bit further.

Strawberries in particular were a draw. People would leave the field with several large baskets each.

It was in 1973 that the Ontario Farm Fresh Marketing Association (OFFMA) was formed in order to bring together farmers who were marketing directly to the consumer and develop some guidelines for the new and emerging industry. The last 45 years have seen many changes and many peaks and valleys in the PYO business.

As more and more spouses found jobs outside of the family home, there was less time to make the trip to a farm and then deal with all the produce that was brought home. As consumers’ interest dwindled in PYO, so did the number of farms that continued to offer it as an option. Direct farm marketers are an innovative bunch and they looked around to see what other unique offerings they might have for consumers. Gradually corn mazes and wagon rides along with pumpkin patches toppled the reign that PYO strawberries had enjoyed for many years.

In the last five to six years, a new breed of customer has started to emerge. This person has lost all connection to agriculture and farmers and they want to see where their food is grown. They want to try and reconnect with the land and experience the harvest of their food. They are looking for PYO opportunities but they are not bringing bushels and can hardly fill a basket from the bountiful fields.

For the first time this year, I heard from two farmers with PYO apple orchards that people are going out and picking apples but then realizing they didn’t want to buy four bags of apples because they don’t know what to do with them. So, they leave their full bags in the orchards to avoid payment. The affected farmers are now trying to figure out ways to decrease this waste in their orchards. One is already charging an admission fee and considering adding another charge to purchase the bag for the apples. Solutions are not easy.

Farintosh Farms is one of the few farms that still offers PYO vegetables. Over the many years that they have been in business, the majority of their customers have been respectful and appreciative of this opportunity. Many are from an ethnic background and will pick bushels of eggplants, tomatoes and squash.

The farm is also attracting another kind of customer who is looking strictly for an outing. They have no intention of buying anything. They want to see a farm and show their children the fields of vegetables and most importantly take a picture of their children in the fields. Guy Farintosh calls them ‘Instagram’ customers. For the first time in the history of their farm, they have decided to charge and admission fee this September. The fee was deducted from any produce that was purchased so it really didn’t make a difference to those people who were coming to the farm to buy some food. The Instagram customers were not as forgiving about the new charges.

So, a new challenge has sprung up for the PYO industry. How do you keep all your customers happy and manage to run a profitable business? Is there a way to have Instagram customers find value in using the farm as a backdrop for their pictures? How do you instil a respect for the farm from your customers? As the questions are pondered, this industry continues to evolve to meet the challenges presented by consumers.