Features Marketing Production
Marketing for a good cause 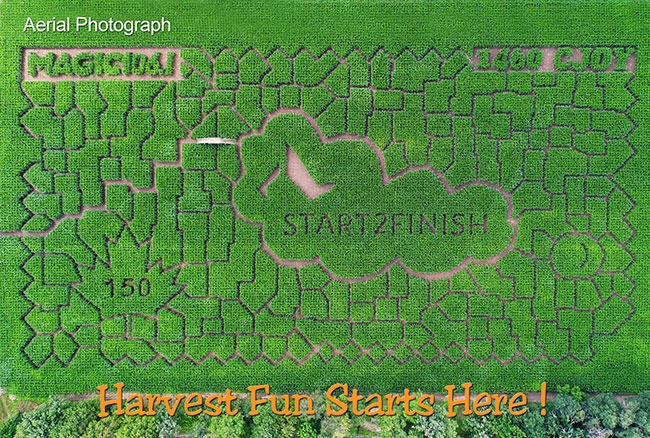 Every year, Strom’s Farm and Bakery, located near Guelph, Ont., selects a charity with a project specific to the local area and include the charity’s logo in the design for the farm’s corn maze. This was the maze design for 2017. Contributed photo

Creating marketing campaigns for your business that also raise awareness for a social injustice or issue has become more and more commonplace in the last few years.

Bell’s Let’s Talk Day is one that immediately comes to mind. The telecom company initially promised to invest $50 million over five years when it started this campaign in 2010. It has since doubled that total to a cumulative spend of $100 million by 2020 and has so far donated $93.4 million to mental health initiatives.

The campaign has been successful because of a couple of very specific factors – its ease of participation, Bell’s long-term commitment, the team behind the cause and the celebrity endorsements related to the program.

According to Bell, four out of five Canadians reported they were more aware of mental health issues since the start of the campaign.

Closer to agriculture, Strom’s Farm and Bakery has supported various charities with proceeds from their corn maze admission fees and register round-up program. Each year, they select a charity with a local project specific to the Guelph area and include the charity’s logo in the design for the farm’s corn maze. The charity in turn helps to promote the farm and its activities. It is a win for everyone involved – the charity gets some much-needed funds, the farm hosts new visitors who may not have come out otherwise, and the general public learns a little bit more about the chosen project.

In 2017, Strom’s worked with Start2Finish. Their mission is to break the cycle of child poverty by providing ongoing support to at-risk children. Strom’s raised a total of $7,214.45 for Guelph schools to be able to supply running shoes for their kids. Since 2005, Strom’s has raised more than $61,000. They suggest you find a local project that your customers can relate to and can see the benefits of their donations.

None of us have the budgets of a national mega company but by aligning your farm with a cause you believe in or may have some personal experience with, your marketing dollars will stretch a lot further and the impact will be significantly increased.