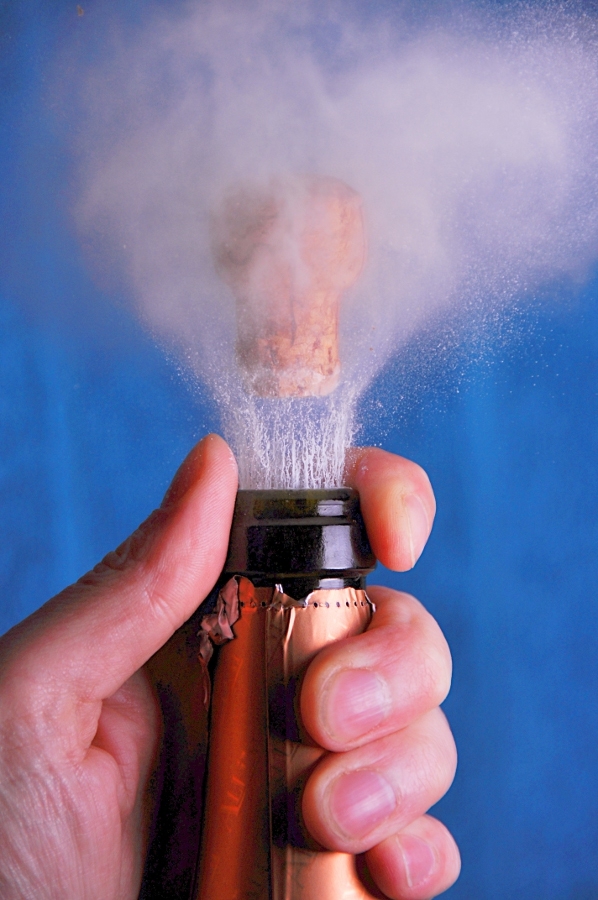 February 6, 2014 – In the rare case that New Year’s revelers have a bottle of leftover bubbly, they have no way to tell if it’ll stay good until they pop the cork and taste it at the next celebration. But now scientists are reporting a precise new way for wineries – and their customers – to predict how long their sparkling wines will last.

The study appears in ACS’ Journal of Agricultural and Food Chemistry.

Montserrat Riu-Aumatell and colleagues explain that the shelf life of various sparkling wines, from champagne to prosecco, depends on environmental factors such as temperature. Currently, wineries detect the so-called browning of bubbly by measuring its “absorbance,” or its absorption of light at a particular wavelength. It’s a fast and easy technique but not very sensitive. Researchers exploring the chemistry of sparkling wine are turning to the food industry for alternatives. Food manufacturers can measure a compound called 5-HMF, which builds up in food as it goes bad, to tell when to toss a product out. Riu-Aumatell’s team decided to see if they could use the compound, which is also found in bubbly, to predict the shelf life of sparkling wines.

They tested levels of this browning compound in several bottles stored over two years at different temperatures: room, cellar (61 Fahrenheit) and refrigerator (39 Fahrenheit). Their study found that 5-HMF is a good indicator of freshness, and also that refrigerating sparkling wines almost completely prevented browning. To make their results more practical for wineries, the researchers came up with a mathematical model that predicts how long products will stay drinkable at varying storage temperatures.