Our Top 4 Under 40 contest winners share advice with industry newcomers. 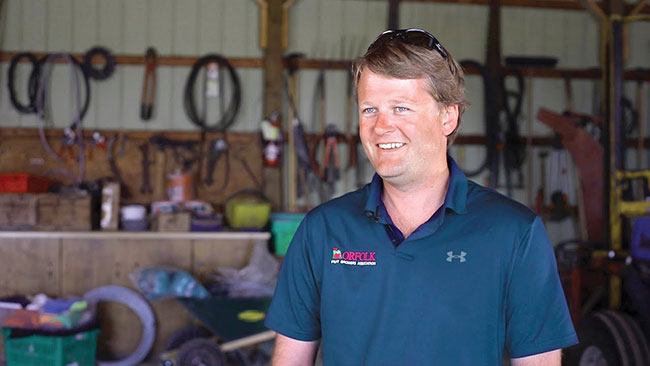 Hard work, innovation and leadership are synonymous with the Canadian fruit and vegetable industry, as shown by our four winners. Hayden Dooney

Canada’s agriculture industry has changed in myriad ways over the last few decades, with automation and increasing efficiencies forcing farms to change the way they work. There have been and will continue to be many challenges for the next generation but, as demonstrated by the four winners (and many other very worthy candidates) of Fruit & Vegetable’s inaugural Top 4 Under 40 contest, the future is bright.

In speaking with each of the four winners – Hayden Dooney, Susan Judd, Philip Keddy and Nicholas Ploeg – we asked what advice they’d give to someone considering joining the Canadian fruit and vegetable industry. Here are some highlights from those conversations.

Hard work, huge payoff
Hayden Dooney’s journey to becoming general manager of the Norfolk Fruit Growers Association and co-owner of Suncrest Orchards was not direct. Dooney grew up on his family’s apple farm in New Zealand but planned to go into grape and wine production after his studies. Looking to broaden his experience, he travelled to the U.K. and wound up working with apples, which led him to Simcoe, Ont.

In early 2020, Dooney and his wife Amanda became apple orchard owners, adding more knowledge and experience to his broad perspective. Regarding the industry, he believes newcomers shouldn’t hesitate to join, but should be aware of the realities.

“I always tell people it’s hard work, but the payoff is huge,” Dooney says. “If you want to come into this industry, be committed and work tirelessly in it – you have the ability to be able to go a long way.”

He advises those interested in agriculture should be inspired by success stories, not discouraged by hard work. “There’s nobody that should think twice about coming to this industry and being able to achieve or obtain the same things that I’ve obtained.” 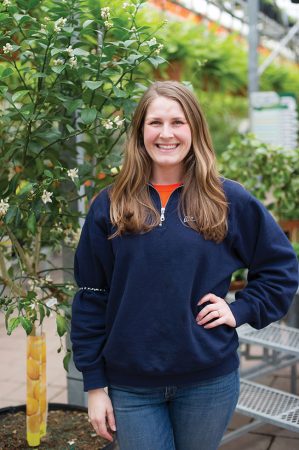 Susan Judd combines a love of agriculture with keen business sense in her many projects and pursuits. While born on a strawberry and dairy farm, Judd wasn’t certain she’d end up in agriculture. However, upon returning to her hometown following her studies, and seeing the rise of local wine and craft beer development, Judd recognized and seized the opportunity to launch Ride the Bine, an agritourism initiative that highlights local offerings with guided bus tours and tastings.

The next step on Judd’s journey found her working with husband Tom Heeman at his family’s business, a greenhouse, garden centre and pick-your-own strawberry operation in Thorndale, Ont. Since starting her tenure as retail processes manager, Judd’s role has included overseening staff hiring and training and operation of the pick-your-own stand.

The fruit and vegetable industry, and ag more broadly, is a community, and Judd notes the importance of conversations for those looking to get in.

“I think the networking aspect of it is so important. So, if anyone is interested in any part of the industry, reaching out to folks that they might know locally is a great first step,” she says. “The one thing I know is, whenever I make a call, not only is that individual usually super willing to share what they know, but willing to share other contacts that might also be able to help.

“It really is collaborative in a lot of ways and, because there’s fewer and fewer of us, most people are pretty open to sharing tricks and techniques and basically as much information as you want to know – or are willing to sit and listen to them for. Because there’s not as many people following in the footsteps,” Judd adds.

“So, when you talk to anybody in the industry, I think they’re really excited to chat about somebody who might have a future there. In general, I think people are really looking forward to the next generation coming in and being a part of it.”

Philip Keddy always knew he wanted to be a farmer – which is handy, since he was born into a farming family. His parents, Charles and Doris, began C.O. Keddy Nursery Inc. in 1977 selling strawberry plants. After graduating from Nova Scotia Agricultural College in 2006, Keddy returned to the farm in Lakeville, N.S., where his father tasked him with finding his own niche in the operation. Keddy chose sweet potatoes, a crop that was otherwise imported to Nova Scotia at that time. With some trial and error – and a lot of determination – Keddy successfully added sweet potatoes to the family business, which is now the largest commercial sweet potato grower east of Ontario.

For those looking to enter the fruit and vegetable-growing industry, Keddy shares the wisdom he acted upon himself.

“There’s lots of opportunity out there, but the opportunity is not just looking at what other people are doing and following that,” Keddy says.

“It’s looking at the marketplace and where there might be some gaps, and then working to provide a better quality [product]. Or maybe [finding] an important product that could be grown local, because with the strong emphasis [on locally grown food] and the customers wanting to buy more local, there’s some real opportunity there.”

Referencing his decision and motivation for growing sweet potatoes in Nova Scotia, Keddy says that’s where he sees opportunities for those looking for a way in. “Don’t go with the flow. Look at some spots in the market where you can go out and carve out your own piece.” 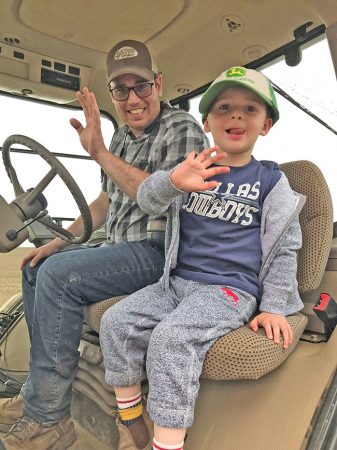 Nicholas Ploeg began farming potatoes 13 years ago with then-fiancée – now wife – Ruth VanderZaag on her family’s farm in Alliston, Ont. Having finished his training and apprenticeship as a machinist, Ploeg helped out on the farm when Sunrise Potato Storage Ltd. was going through a period of rapid growth while being short-staffed. When the operation continued to grow, Ploeg discovered an affinity for farming. He stuck with it and has since become a familiar face at industry events and on Twitter.

Ploeg is brightly optimistic about the future of the industry, even with the challenges facing farmers.

“[The challenges] are great. What would life be without challenges? It’s constant evolution, constantly changing,” he says. “Being in an industry that’s the same all the time? That’s boring. There are constantly new and exciting things you’ve got to figure out. It’s great.

“You’ve got to be willing to do it – and I’m positive anyone can do it. The nice thing is, with the fruit and veggie industry, you can have a farm like ours that’s big and complex, with lots of employees and all that type of fun stuff. But you also could be a roadside veggie farmer. You can get your foot in the door and start off. I feel like the veggie industry has so many different levels to it that you can get into it,” Ploeg says.

Any new business venture involves overhead. While financial statements are always a consideration, Ploeg points out growing a new fruit or vegetable crop requires much less capital than what might be required in other ag sectors. “I think you can do a lot with very little. But there’s going to be challenges, and you just have to be willing to figure it out.”