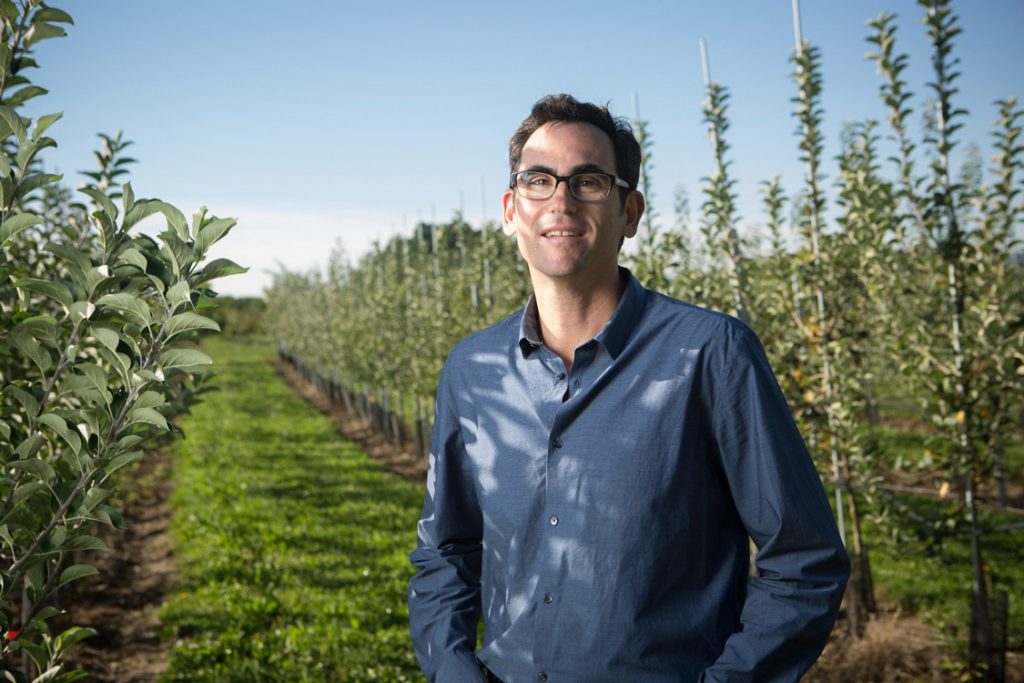 November 29, 2016, Ithaca, NY – Hard cider, an alcoholic beverage produced from fermented apple juice or apple juice concentrate, is gaining popularity among consumers. Domestic cider consumption increased more than 850 per cent in the last five years in the U.S., with more than 550 cider producers in the country.

The authors of a study in HortScience (September 2016) say that more information about how orchard management decisions impact cider quality can help orchard managers improve cider they produce from culinary apples.

Cornell University’s Gregory Peck, the study’s corresponding author, along with scientists Megan McGuire, Thomas Boudreau IV, and Amanda Stewart from Virginia Polytechnic Institute and State University, carried out field experiments to assess the impact of three different crop load densities on apple fruit and cider quality. Treatments were conducted in a 14-year-old ‘York Imperial’/’M.9’ orchard in Winchester, Virginia. Peck explained that ‘York’ apples are primarily used for processing into products such as juice, vinegar, and applesauce.

“The vast majority of cider produced in the United States is made from apple cultivars that were originally planted for fresh or processing markets,” he said, noting that culinary apples lack some of the fruit quality characteristics favored by cider producers.

“Our study suggests that apple juice and cider quality can be altered by crop load management,” the authors said. “Management strategies for chemical thinning should take into account the resulting fruit quality, especially YAN concentration in juice pre-fermentation and total polyphenol concentration and total alcohol in fermented cider.”

The authors recommended that cider makers should be “especially aware” of the potential for YAN deficiency in fruit from orchards with a high crop load.

“YAN deficiency can be rectified through the addition of commercially available YAN supplements when warranted,” they added.

The complete study and abstract are available on the ASHS HortScience electronic journal web site: http://hortsci.ashspublications.org/content/51/9/1098.abstract