A Holland Marsh farm created Plexiglass shields that go between seats in an onion transplanter as an added layer of protection for workers during COVID-19. 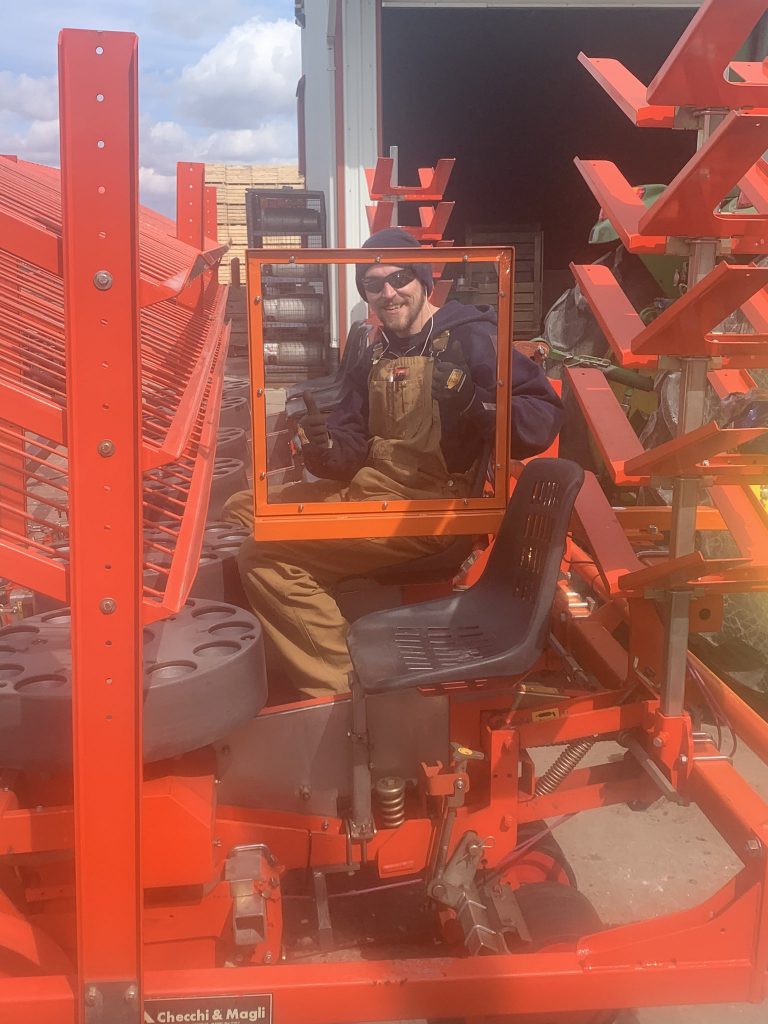 The glass shields aren’t permanently fixed onto the transplanter and move to allow workers in and out. Photos courtesy of Bradley Van Luyk.

The COVID-19 pandemic set off a chain reaction that reverberated throughout the world, leaving no industry unscathed. But for one Holland Marsh farm, a series of events started by the pandemic have come full circle.

Bradley Van Luyk grows carrots, onions, parsnips and beets, in the Newmarket, Ont. area north of Toronto also known as the Holland Marsh. One of Van Luyk’s cousins started working for the farm after being laid off from his job at a glass company due to COVID-19.

“It was his idea that we do something with the Plexiglass,” Van Luyk says.

The idea grew from there. Van Luyk, his cousin James leuhr Grima, his dad Doug Van Luyk, and other cousin Zach Van Luyk, all were involved and offered input as well. His dad designed a prototype, Van Luyk took care of welding and fabrication, and his cousins handled the glass work. The glass work involved drilling holes through the ½ inch Plexiglass, which was then bolted onto a steel frame similar to a window. The end result was a moveable Plexiglass protector that goes in between each seat on an onion transplanter.

They made seven glass protectors, one for each side of their six-seat Checchi e Magli onion transplantor. It took the team 50 to 60 hours to complete the project and the design didn’t require much tweaking. “[On the] first try it worked,” Van Luyk says. 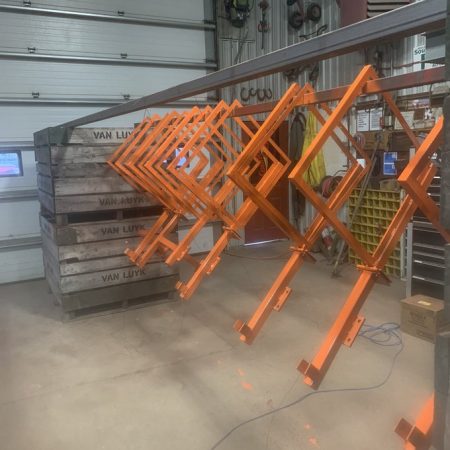 They made seven glass protectors, one for each side of their six-seat onion transplantor. Photo courtesy of Bradley Van Luyk.

The glass adds an extra layer of protection for workers planting using the onion transplanter where the recommended two-metre distancing rule would be hard to follow. Van Luyk talked about how there was some talk about having everyone wear masks, but then the glass protector idea took off.

The shields aren’t permanently fixed onto the transplanter and move to allow workers in and out. “Between each guy it slips open so that they can get in and out of the machine nicely,” Van Luyk explains. “On each divider with a Plexiglass, there’s two u-bolts that bolt onto the transplantor, so it’s very easy for the [Plexiglass protector] to come off.”

“Let’s say next year there’s not this problem, it will take 15 minutes to take off,” Van Luyk says, adding that he hopes that it’s only for this year. “Our plan is to use it for this year but if the guys like it for windbreakers and all that stuff we’ll keep it on there.”

Van Luyk shared a video on April 14 of how the Plexiglass dividers work on Twitter and received instant feedback on the idea. “On Twitter people are really liking it and then a couple of neighbours in the area have wanted to copy it,” Van Luyk says. “A lot of people like the idea of it.”

Home made plexi glass protector for workers. Goes between each seat on onion transplanter. #COVID19 pic.twitter.com/IlFWMUoEwt

He adds jokingly that a couple of neighbours also asked to have it made. “But we’re not going to do that, we’ve got other stuff going on right now.” However, the design isn’t exclusive. “If they want to copy it, they can copy it.” Van Luyk says they don’t have any formal designs but anyone can look at the pictures and contact him for more. You can find Bradley on Twitter @bradleyvanluyk. 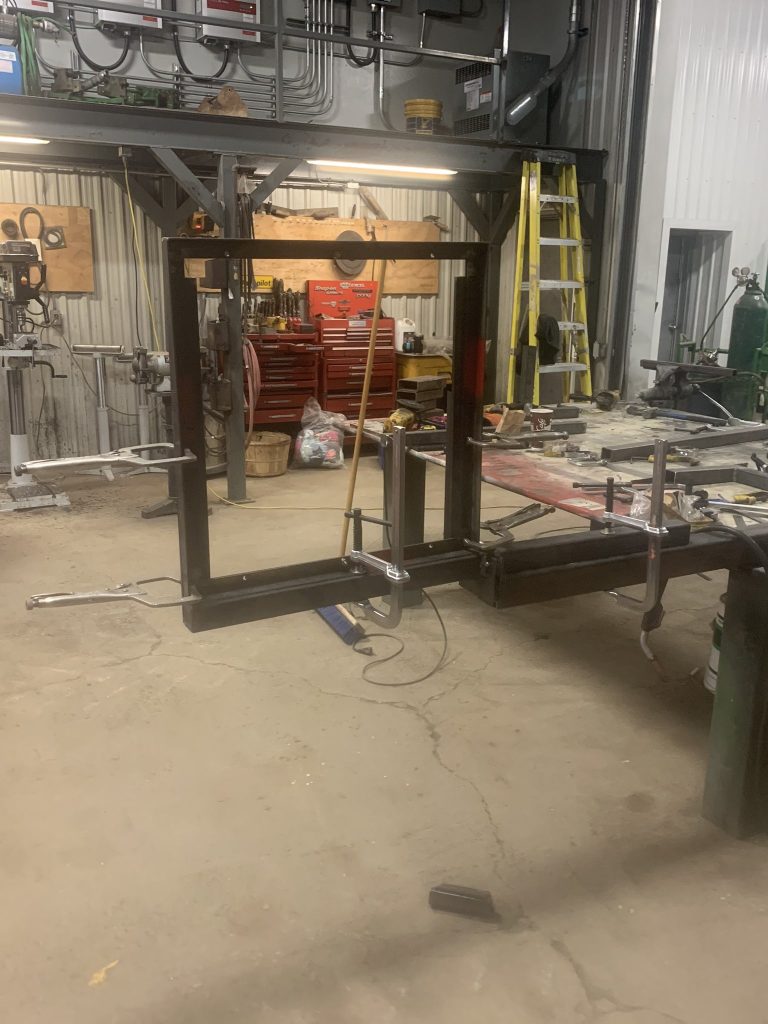 The glass work involved drilling holes through the ½ inch Plexiglass, which was then bolted onto a steel frame similar to a window. The end result was a moveable Plexiglass protector that goes in between each seat on an onion transplanter.

In addition to the Plexiglass protectors, the farm has implemented other COVID-19 protocols. They will be providing disinfection wipes for all the tractors and any vehicles that anyone drives. Van Luyk says they’ve always kept procedures clean and worn gloves. “Especially with handling vegetables,” Van Luyk adds. “So this is probably [more] a good thing because our tractors are usually the messiest places, so now everyone cleans them up [right away].”

They also plan to do social distancing for the year. “All of our groceries are being delivered for all of our guys and our family,” Van Luyk says. “We’re taking it seriously.”

Van Luyk is having four seasonal agricultural workers join them on April 16, and another four “whenever we get the phone call,” he explains. He says everyone is aware that this season will be slightly different. “We’ve talked to the guys and the guys all want to come here and they understand that they have to go through the quarantine. We’re looking forward to the year still, just some challenges we have to get through, right?”

His advice to fellow growers is, “Make sure everybody stays safe and no one gets it. And do your due diligence to make sure you don’t spread it around if someone does have it.”