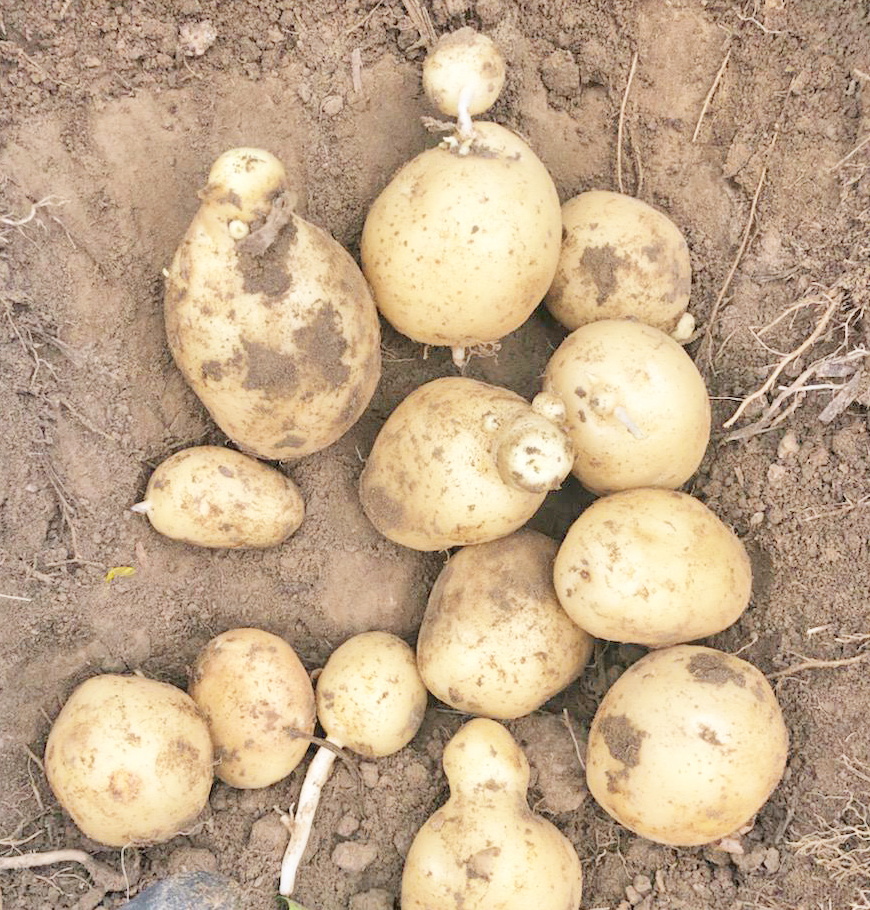 Harvest of Ontario’s fresh market potatoes continues, but not without some heat-related issues, according to Eugenia Banks, potato specialist with the Ontario Potato Board.

Banks relays that one Simcoe grower says the incidence of second growth and misshaped tubers is high. This observation is also echoed by other fresh-market growers in Ontario.

The heat wave earlier this summer disrupted the physiology of potato plants, resulting in knobs, sprouts and off-shaped tubers.

Banks explains that sprouts are produced on varieties that have short dormancy, for example Colomba. The heat accelerated the aging of these tubers and the dormancy is lost.

For other growers who received five to six inches of rain on their potato fields in early August, they face difference challenges. Banks shares that potatoes that saw the early August rains are showing tuber soft rot. 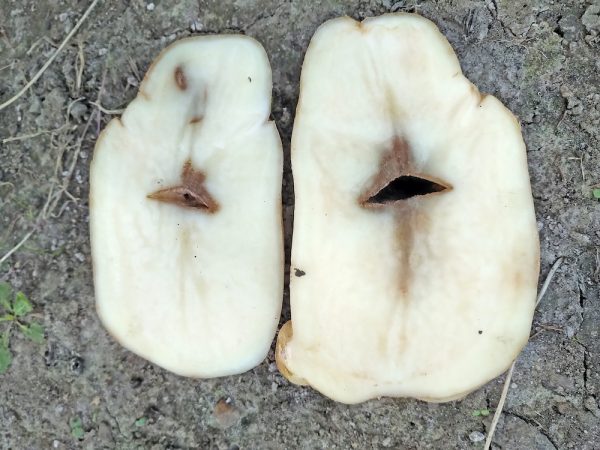 Banks says that the rotting tubers will be gone by harvest, but the concentration of soft rot bacteria in the soil will be high. “Not digging those spots would be a good decision,” Banks adds.