Features Organic Perspective Organic production Production
Heirloom vegetables: A link to the past 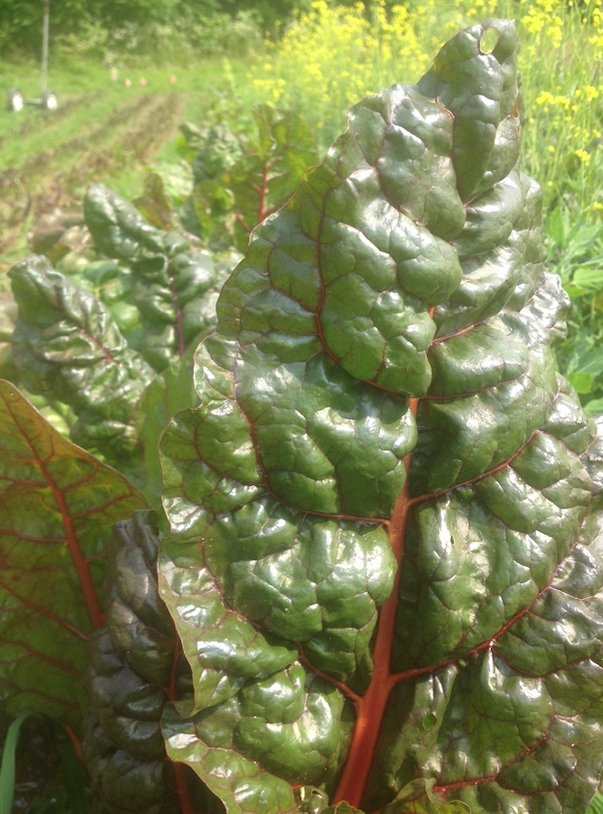 Bull’s Blood and Chioggia beets, Bright Lights Swiss chard, Kentucky Wonder pole beans, these vegetables, along with thousands of other open-pollinated varieties, were common place in Canada long before my mother planted her first garden. Who knew they would be coveted as precious heirlooms by her grandchildren’s generation?

Also referred to as heritage vegetables, heirlooms are open-pollinated varieties that have reproduced generation-after-generation with the same characteristics as their parent plant for at least 50 years, though many have stories that stretch back into the nineteenth century and beyond.

My mother’s garden was just one of thousands, when much of the nation’s vegetable supply sprang from the backyards in small towns and villages. Each time we moved she would start again, turning sod, adjusting to new soil and a new growing zone. One thing remained constant, though. The seeds she saved from her garden and purchased from the seed catalogues were the same each year; tried and true vegetables on which she came to rely, such as Cylindra beets for easy-to-cut pickles, Danvers Half Long carrots for shallow soil, and Amish Paste tomatoes for canning.

As my siblings left rural life behind, the rest of Canada’s population also shifted from village to urban life. Backyard gardens declined as Canadians began heading to the supermarket for their canned tomatoes, fresh produce and pickled preserves. Plant breeders turned their attention to the needs of commercial growers, hybridizing, developing and holding patent rights on varieties suited to large-scale cultivation, mechanical harvesting, packing and shipping. With seed catalogues offering fewer and fewer open-pollinated seeds, thousands of vegetable varieties disappeared, or survived in only a handful of backyard gardens.

Alarmed by the dwindling diversity, Canadian Organic Growers developed the Heritage Seed Program in 1983 (now Seeds of Diversity Canada) to preserve the older varieties. Members pledged to save seeds, planting them each year to keep the strains alive, sharing them with each other, and donating to seed banks. From these beginnings, new Canadian seed companies sprouted up, offering organically-produced or untreated heirloom vegetable seeds for both large- and small-scale growers. With increasing access to a variety of seed once more, a new generation of farmers has brought old favorites like Broccoli ‘Romanesca’, Rosa Bianca eggplant and tomatoes of all shapes, colours and sizes back into the limelight.

Why are organic producers so interested in heirlooms? It’s the older vegetable varieties, developed before commercial fertilizers and pesticides, that are often better suited to organic cultivation. In addition, organic growing relies on diversity – in the crops that are planted, the compost that nourishes the fields, and in the soil life that feeds and is fed by them. The more varieties planted, the more diverse life they support, and the more chance that at least one variety can adapt well to changing climate, pests and disease.

On the marketing side, chefs love the plethora of flavors, along with the visual novelty of things like blue potatoes, purple cauliflower and pink-fleshed radish. When a restaurant introduces heirloom vegetables, shifting the menu as availability changes, there is an opportunity to educate diners on the food they eat.

For growers, heirlooms are a link to our ancestors who carried seed with them across oceans, across the country, or across the rural/urban divide. Their preservation plays a major role in increasing biodiversity so vital to healthy soil, food security, and the future of farming in Canada.

To learn more, Seeds of Diversity Canada (seeds.ca) has a listing of Canadian seed companies offering open-pollinated and heirloom seeds.

Katrina Simmons has worked in journalism, farming, community gardens and food service, and volunteered with local and international non-profits promoting organic and sustainable food systems. She is currently based in Dundas, Ontario.