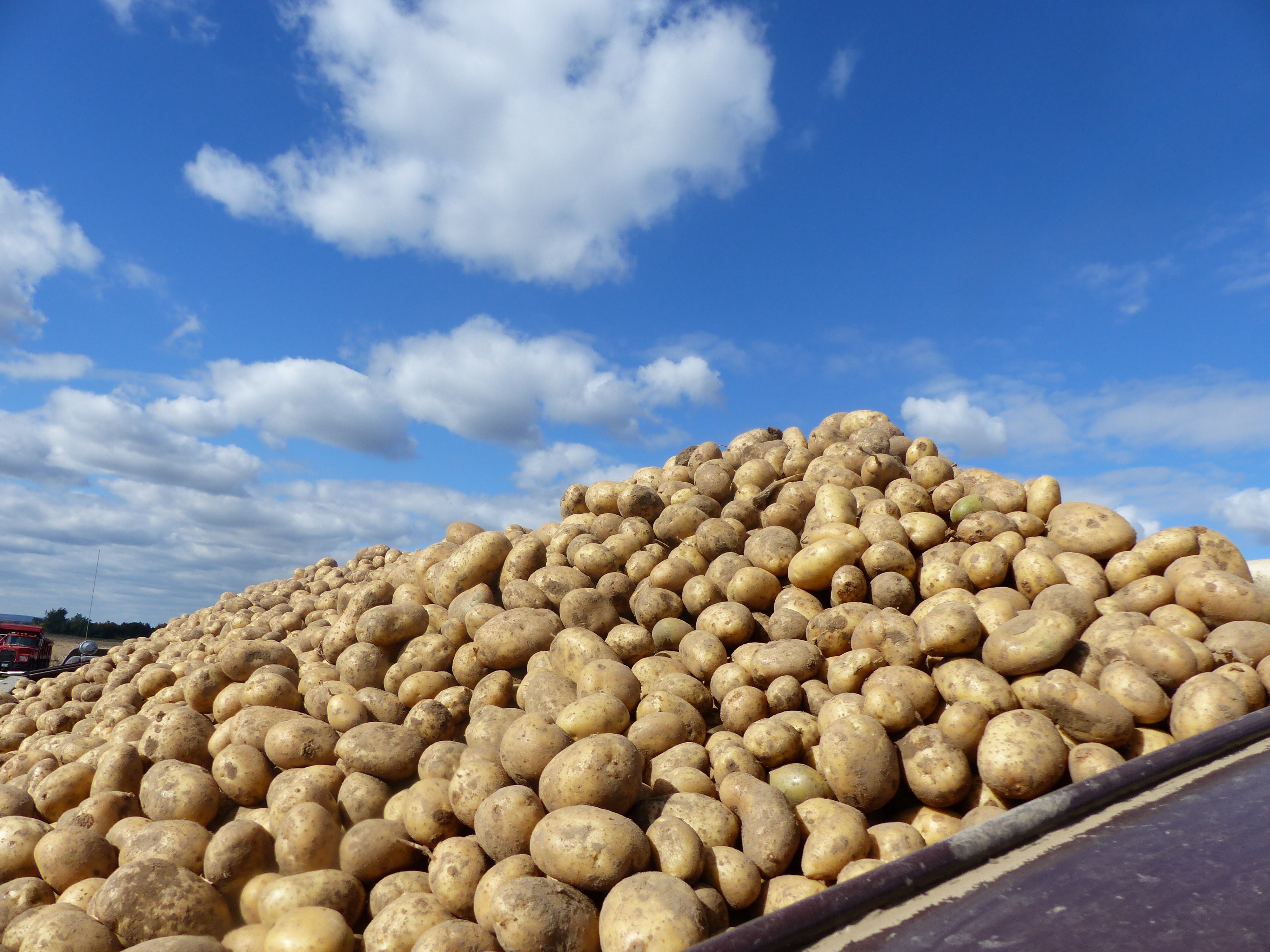 October 27, 2016 – Each growing season is different but the 2016 season was like none we have ever seen before.

Planting started later than usual due to the cold weather. The early crop planted by the middle of April in southwestern Ontario took more than three weeks to emerge due to cool soil temperatures. Growers were caught off guard when snow fell by the middle of May. The season was off to a bumpy start.

There was only limited rain up to the end of May. Then the heat and drought started relentlessly, too early in the season.

Studies have shown that a healthy crop of potatoes needs an inch of rain a week. That adds up to about 16 inches of rain from May through August for the potato crop to show its full potential. Environment Canada data indicates that the water deficit in Norfolk, Simcoe and Dufferin counties was above 60 per cent. Norfolk County was the hardest hit by the heat and drought, with a total rainfall close to four inches near Delhi.

Where available, irrigation was the order of the day during the summer. However, growers could not keep up with irrigation due to the extremely high evapo-transpiration rate. Irrigation increased the cost of production dramatically. By July, there were reports of some irrigation ponds that were completely empty and not filling up. One producer said “with the heat and drought we are experiencing, irrigation is simply keeping the crop alive. Rain water does way more for the crop than irrigation.”

There were many days in June-July-August when the temperatures were above 30 C. Such heat puts the potato plants in a dormant state, unable to photosynthesize efficiently, the activity that keeps plants functioning well.

Some rainfall by the middle of August did not help the early crop, which was too far gone to benefit from rain.

Ontario Potato Distributing in Alliston started packing early potatoes from Leamington on July 19. Quality was excellent. The harvest of the early crop continued in August but yields were down at least 50 per cent in non-irrigated fields. In irrigated fields, yield reduction was at least 35 per cent.

Dry weather brings good quality. Diseases such as late blight, pink rot, and leak did not develop. These diseases, also known as storage rots, reduce quality and can cause significant storage losses.

Mark VanOostrum – potato supply and quality manager with WD Potato Ltd. in Beeto, Ont. – reports that the chip processing crop yielded as low as 60 per cent of normal yield. The best yields were reported from the Shelburne area in the late planted crop and late season varieties. Harvest was difficult, because it took more than five to six weeks to get good skin set after top kill or natural death. Because the fall was very warm, storages are just starting to drop temperatures below 13 C. Typically, the temperature would have been down to 9 C on many bins for a few weeks by this time of the year. Higher storage temperatures will age the crop, a crop that was already aged in the field due to the heat and drought. The processing of the storage crop started earlier than anytime in recent history due to the shortage of field fry crop. Some heat necrosis was seen in Atlantics, but minimal in other varieties.

So far, the quality of the storage crop has been very good, some stem end sugar defect is present, but less than normal for this early in the storage season. A real concern exists about how will the long-term effect of the heat and drought stress affect the chipping quality. Stem end sugar defect incidence and severity is highly correlated with extreme heat. Will we be able to burn off all the stem end? Also, the heat and drought stress is correlated with chemical and physical aging, will a variety that typically has a seven month life span be shortened by weeks or months? Time will tell!

By Thanksgiving, nearly all the table and processing crop had been dug and stored with no risk of storage rots.

We will remember 2016 as one of the hottest and driest year in Ontario. Our potato growers should be commended for their resilience and capacity to produce a high-quality crop in what was an extremely difficult growing season.