These greenhouse operators pulled out all the stops to safeguard their workers from COVID-19, and it's paid off. 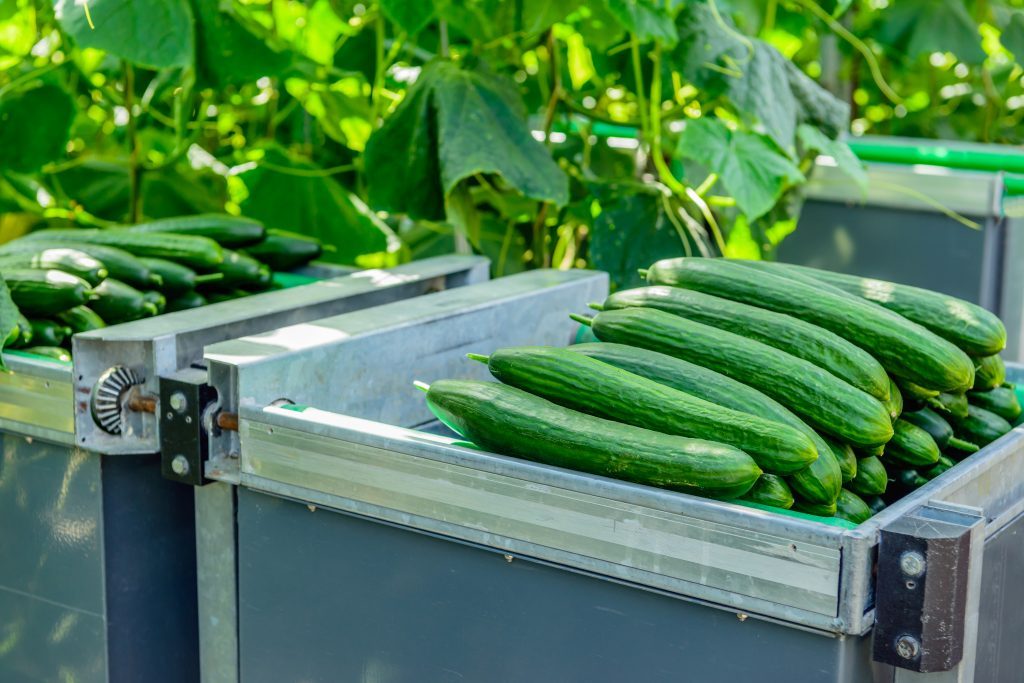 In one greenhouse operation, workers are equipped with facemasks, gloves, sanitizer, wipes and other personal protective equipment, and they’ve installed plexi-glass on their packing line where a two-meter distance can’t be maintained. Photo courtesy of Getty Images.

This story was first published on Greenhouse Canada, read it here.

It’s been over four months since provinces across Canada declared a state of emergency due to COVID-19. But as businesses shut their doors, temporarily laid off workers and asked employees to work from home, essential services like greenhouse vegetable production never stopped. To keep Canadians nourished, greenhouse operators had to find ways to keep their employees safe and their operations in business.

A small farm with big heart

For a small family farm just outside of Leamington, Ont., their first hurdle was receiving additional migrant workers from Mexico on time. Recruited through the eight-month Seasonal Agricultural Workers Program (SAWP), their workers were delayed by three weeks during the initial height of the pandemic as flights were cancelled or seconded for Canadians stranded abroad.

“We’ve had all essentials brought onto the farm,” says the owner, who runs a cucumber greenhouse operation. Save for a few emergencies that couldn’t be handled on the farm, their workers have chosen not to leave the property since mid-March. “We started grocery shopping for them right away.” Minimizing trips into town as much as possible, their family took care of the workers’ groceries and essentials and arranged for a mobile banking unit to make bi-weekly onsite visits so workers could wire money back home to their families.

Minimizing trips into town as much as possible, their family took care of the workers’ groceries and essentials and arranged for a mobile banking unit to make bi-weekly onsite visits so workers could wire money back home to their families.

The owners have since set up a business account at a local grocery chain which allows them to pick up online orders for their workers. When requested, a Mexican grocery truck visits with comforting items such as pop, chips and tortillas that remind the workers of home.

As for their living quarters, the workers stay in the owner’s old family farm house – the one that the operating family grew up in. “Our house is approved for 15 workers, and we have 10 living there,” she says. On average, there are two workers per room with beds that are, at a minimum, two meters apart.

“We know it’s tough,” she says. “They want to get out and be social.” To liven up the atmosphere, the owners have been providing food and meals on site and hosting fun nights. Even before the pandemic, employers and employees would host dinners to share food and culture with each other – a melding of different worlds under one roof. “They really are like family to us,” she says, voice breaking.

In June, their entire farm was tested for COVID-19. Results came back negative for everyone – owners, local employees and migrant workers.

“There was some apprehension of wanting to get tested,” she recalls. Not wanting to force the decision on any member of her team, every employee made their own choice about whether to get tested. “We were fortunate that all workers were on board,” she says. They wanted to do their part and confirm that their workplace protocols were working.

But even after receiving negative test results, the owners haven’t let down their guard or lightened up on sanitation procedures. “We’ve been screening every morning – checking for fever, asking every one of them if they’re ok or feeling any symptoms.” They’ve also hired dedicated staff to sanitize all frequently touched surfaces twice a day or sometimes more. Their workers are equipped with face masks, gloves, sanitizer, wipes and other personal protective equipment, and they’ve installed plexiglass on their packing line where a two-meter distance can’t be maintained.

But even after receiving negative test results, the owners haven’t let down their guard or lightened up on sanitation procedures.

“As long as we’re openly communicating with everybody, I think things are going smoothly,” she says, emphasizing the importance of staying on top of new developments and communicating with the entire workforce, not just migrant workers. “We just want them to know . . . If you’re experiencing anything, we’ll be able to get a better handle on it if that’s dealt with in the early stages,” she says, adding, “We’re all in this together, which might be clichéd, but we really are.”

Not taking any chances

While news of COVID cases have surfaced among a few larger greenhouse operations over the past few months, the picture being painted has been largely skewed with reports of mistreated workers.

“The reality is, greenhouse owners more than anybody are concerned about the health and welfare of their workers,” says a Leamington-based tomato greenhouse grower. “Without healthy workers, we really don’t have much of a business.”

“Without healthy workers, we really don’t have much of a business.”

His operations are spread out over three greenhouses – one location has over a hundred migrant workers, while two others have under 50 each. Wanting to keep their peers safe, both local and migrant staff all agreed to be tested for COVID-19 and the results came back negative.

“My guys have been spectacular,” he says. Since the pandemic, he’s invested in full-time staff to bring in all food and basic necessities and turned away any visiting street vendors. Staff inspect bunk beds for cleanliness and they’ve installed infrared scanning systems that automatically check workers’ temperatures every morning as they enter through the door. Plexiglass separates close working conditions on the packing line and workers have their own acres in the greenhouse, along with access to hand sanitizers, gloves and other forms of PPE.

“Every time somebody isn’t feeling well, we make them go down to the doctor to check. We have no interest in having someone in the greenhouse who’s not feeling well or infecting others.” Though they’ve all been minor cases of typical colds or flus – he’s not letting his guard down.

“Every time somebody isn’t feeling well, we make them go down to the doctor to check. We have no interest in having someone in the greenhouse who’s not feeling well or infecting others.” Though they’ve all been minor cases of typical colds or flus – he’s not letting his guard down.

Since workers were screened before getting onto the plane, and again after arrival in Canada, he surmises that cases of COVID-19 among greenhouse workers likely stem from their interactions with locals rather than their living or working conditions. But as the months wear on, he feels that it will become increasingly hard to keep workers penned up on farm grounds.

“It seems like we’ve gone from being concerned about overrunning the hospital to having a zero infection rate,” he says. “One is completely impossible.”

Since the introduction of SAWP in the 60s, bunkhouses have grown in size and comfort. For this greenhouse operation, each room is built to house 10 workers, but they’ve only allowed for eight, giving workers more room than what government regulations call for. All houses are centrally heated, air conditioned and equipped with refrigerators, freezers and pallets of water. “They’re all inspected multiple times by multiple agencies in the government.” To improve the quality of life for his workers, their latest facility even has a built-in basketball court and a game room. “Short of me developing our own vaccine, what more can we do?” he asks.

Migrant workers in his employ have returned year after year, and for some, they’ve been employed at this operation for over 15 years. “In Jamaica, if you can find a job, you’re making six to seven thousand a year,” he says. “You work for us, you’re making 30 thousand and in better working conditions.” As a result, some workers have made enough to own multiple houses in their native countries and their children can afford to attend college in Canada or the United States.

“There’s zero chance that Canadians are going to come do this work,” he says. Their business has tried hiring domestic workers before, and many tend to give up on the laborious work by lunch time. With migrant workers, he says, they want to be there. Taking into account the cost of flights, domestic transportation and medical insurance, the greenhouse operation already spends more than the Ontario minimum wage on each migrant worker. Now with COVID, average expenses may have risen, but it’s worth the cost for skilled, dedicated labour.

“Bottom line is, these guys are needed. We need to treat them right.”