November 14, 2012  By Alberta Ministry of Agriculture and Rural Development 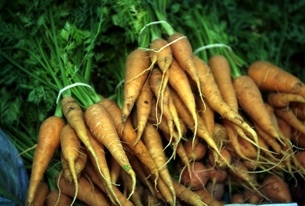 November 14, 2012 – Interest regarding the commercial production of fruits and vegetables in the province of Alberta is on the rise.

Although traditional cereal crops, canola and pulses generally come to mind when speaking about Alberta crop production, there are many producers that are growing a diverse number of vegetable and fruit crops across the province.

“As consumers continue to look to fill their grocery carts with locally grown produce, there has been an upswing in interest of Alberta producers to fill this demand,” says Rob Spencer, commercial horticulture specialist with Alberta Agriculture and Rural Development. “This has led to greater opportunities for our commercial fruit and vegetable producers.”

A study assessing the profitability of Alberta’s commercial fresh vegetable, table potato and fruit industries was recently completed. The focus of the study was directed towards commercial growers to assess the profitability and competitiveness of the crops that are currently produced in the province. Each of these segments was found to have unique challenges and opportunities.

A total of eight competitive issues are impacting the profitability within the sector and the industry’s ability to compete. These include: import competition, food trends, climate, labour, storage capacity, innovation support, industry organizational structure and branding.

The report provides an industry profile for three of the industry subsectors. Cost of production budgets (including detailed breakdowns of fixed and variable costs) were established for sweet corn, cucumber, fresh table potato, dryland carrot and irrigated carrot. Alberta’s relative competitiveness in other fruit and vegetable crops are also examined in the report.

The complete report can be downloaded here.