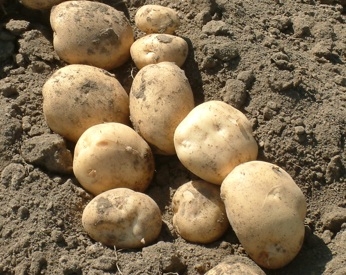 December 19, 2017, Israel – NRGene, a company involved in genomic assembly and analysis, is working with a team of researchers from Wageningen University & Research (WUR) in the Netherlands plus commercial partners to create multi-genome mapping of commercial food potatoes.

Potatoes are the fourth most consumed food crop in the world and its genome is complex. It’s an auto-tetraploid, which means that each potato cell contains four nearly identical copies of each chromosome and gene, making the assembly and phasing of the four copies extremely difficult for traditional technologies.

It’s hoped the potato pangenome will synergize the assembly information to contribute a comprehensive genomics view of the potato genome. The group, led by potato researcher Dr. Richard Finkers and Dr. Richard Visser from WUR, is seeking other researchers from academia and industry to join the project to enrich the pan-genome analysis and thus better characterize the natural genetic diversity of the species.

“Potato research and breeding faced significant difficulties during the last 100 years,” says Dr. Finkers of WUR. “NRGene’s genomes and pan-genome analysis will allow us to map traits on the level of haplotypes, which was previously almost impossible.”