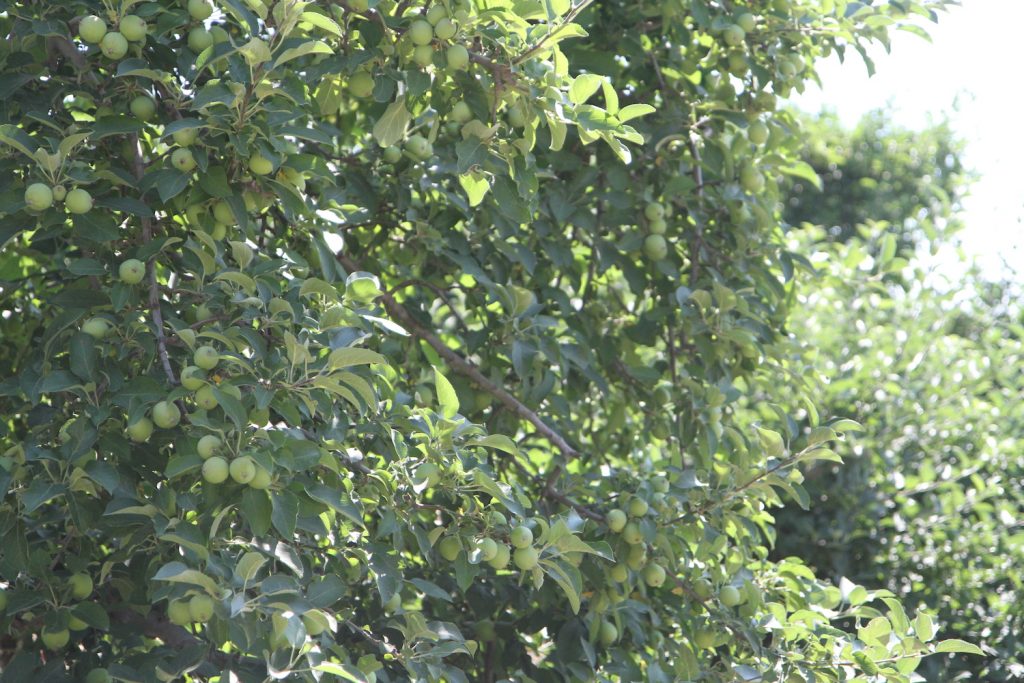 Organic cultivated area in Canada in 2019 increased by 15.4 per cent from 2016, when the Statistics Canada’s Census of Agriculture counted 14,526 hectares (ha) from farms reporting certified organic products for sale.

This upward trend is on par with organic production outside of Canada. In Europe, 7.5 per cent of total agricultural land was certified organic in 2018 according to Eurostat. In May 2020, the European Commission unveiled its Farm to Fork Strategy which included a commitment to bring 25 per cent of agricultural land in Europe under organic farming by 2030.

Certified organic fruits account for 8.6 per cent of the total fruit farm gate value in Canada for 2019.

Wild blueberries (77.8 per cent) and cranberries (16.4 per cent) accounted for almost all of the certified organic cultivated area in Quebec.

Certified cultivated organic apples totalled 694 ha, mainly concentrated in Quebec (45.5 per cent) and British Colombia (43.7 per cent). Apple certified organic area represented 4.1 per cent of total apple acreage nationally. Although Ontario accounted for over one-third (36.6 per cent) of the conventional apple acreage in Canada, its share of the organic market was seven per cent.

“There is still a regulation loophole that exists in Ontario. Producers who are only growing and selling within Ontario can sell their products as ‘organic’ without certification. It is not actually limited by size, it is more about whether or not the products will be crossing a border. Many of the other provinces do have provincial regulation to close this loophole,” explained Dora Chan, special project manager with the Organic Council of Ontario (OCO), in an email.

Chan also explained that Quebec leads in organic production partly due to a supportive strategy to help grow organic production in the province. Between 2015 and 2017, the Quebec Ministry of Agriculture invested $1.1 million in financial assistance for organic advisory and extension services to benefit a total of 1,142 organic businesses. This was part of a larger $9-million Organic Growth Strategy that included a number of sector supports. Chan shared that nothing comparable has been done in Ontario and lack of sector support is a barrier to growing organic in the province.

OCO compiled sector-wide research about barriers to growing organic in Ontario and further comparisons to Quebec on its microsite Grow Ontario Organic. For Ontario’s organic producers, the top barriers are: weed and pest concerns, an organic claim that is unreliable or subject to fraud, and the cost/risk of a three-year transition period.

The Organic Council of Ontario  is currently working to improve Ontario’s organic regulation for a number of reasons including to support data collection for better economic monitoring of the sector.

OCO explains that according to the Canadian Food Inspection Agency (CFIA),  any agricultural product that is labelled organic is regulated by the CFIA. However, the CFIA does not typically investigate complaints about misuse of the term unless the product a) bears the Canada Organic Logo or b) carries an organic claim and is being sold outside of its province of origin. OCO argues that an Ontario Organic Regulation will help organic farmers, reduce consumer confusion, strengthen the organic brand, and improve data collection.

Chan also shared that Canadian Organic Trade Association met with Statistics Canada to discuss the organic questions, which could oversimplify organic production by not accounting for operations in parallel production (some acres certified organic, some not) or currently uncertified. Chan said that there are challenges around the collection of organic data in Canada, but it’s great that Statistics Canada is including organic questions in their fruit and vegetable survey – which is a still a fairly new addition.