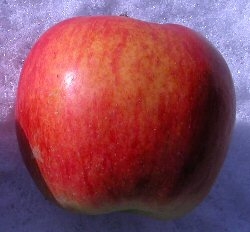 December 13, 2013, Toronto, Ont – An apple variety more than a decade in the making hit Canadian grocery shelves for the first time this winter.

The Creston apple, originally developed in B.C. almost 15 years ago as part of a fruit breeding program, is currently being sold in the GTA.

The apple’s retail introduction screams of exclusivity — only 2,000 bushels will be sold, only in Ontario and only at Loblaws. In comparison, the Ontario government pegs the average provincial apple crop at about 13.7 million bushels. READ MORE