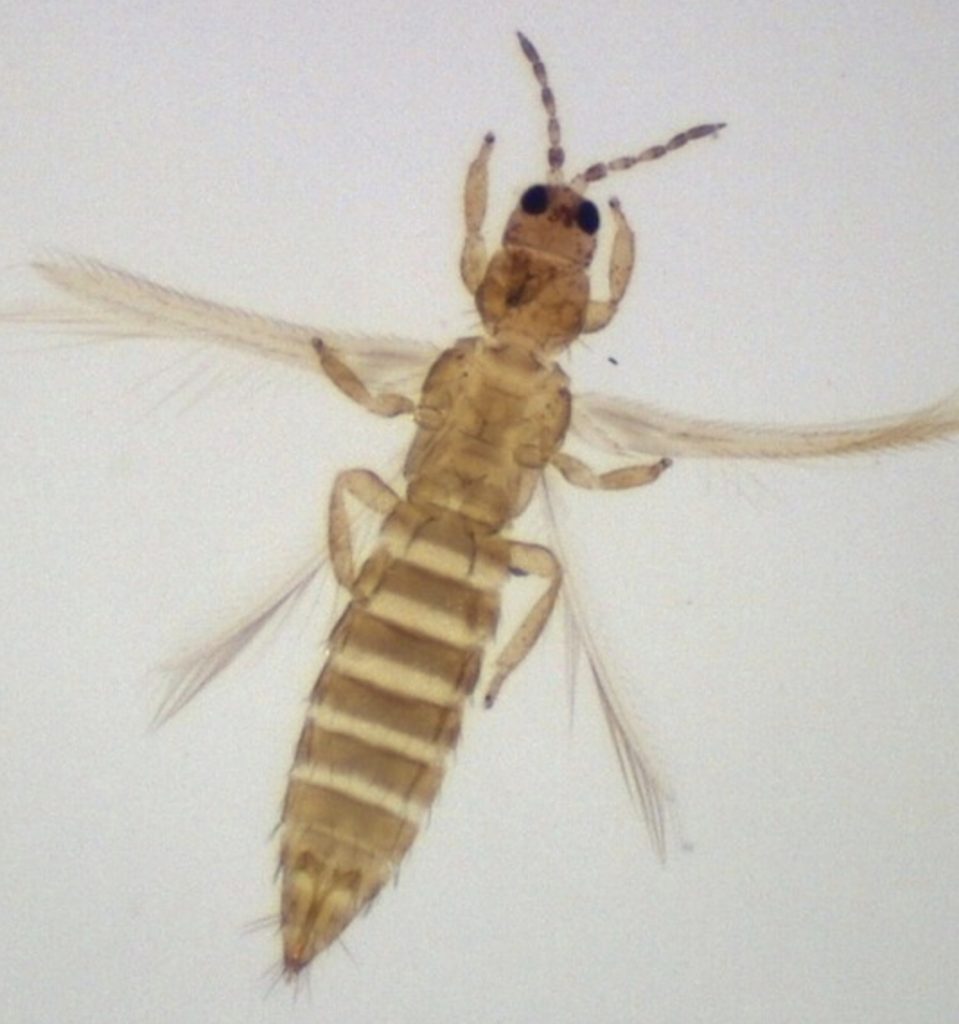 Until recently, New York onion farmers had just two insecticide options for controlling onion thrips, a pervasive insect pest, and neither was good. One was short-lived, the other was dangerous to work with – and both were losing effectiveness.

“The biggest factor for onion farmers is preserving effectiveness,” said Brian Mortellaro ’95, who farms more than 200 acres in Elba, N.Y. “You can lose hundreds and hundreds of dollars an acre if thrips get out of control.”

Growing onions is a tough business; the crop is intensely managed on nutrient-rich soils found only in specific areas, and it’s beset by pests and pathogens. Winged onion thrips attack leaves, spread viruses and exacerbate bacterial and fungal rots. Insecticides are currently the most effective tactic for controlling them, yet thrips are notorious for developing resistance.

Enter Cornell University entomologist Brian Nault, who spent a decade testing less toxic, more effective chemicals, which nearly all New York onion farmers now use. For years, though, most farmers were spraying on “calendar-based” schedules – applying pesticide at predetermined times – without knowing precisely when and if spraying was necessary. So Cornell experts set out to change that.

Nault, Ph.D. student Ashley Leach and longtime CCE vegetable extension specialist Christy Hoepting created and studied the effectiveness of an integrated pest management (IPM) implementation plan to increase growers’ use of insecticide application guidelines. Those guidelines include employing a rotation of insecticide sprays and action thresholds for when to spray, to prevent pests’ resistance and reduce spraying.

The study was supported by the New York Farm Viability Institute as well as an extension and outreach assistantship at Cornell AgriTech.

The team shared scouting and research-based IPM recommendations with growers weekly, offering guidance on when and with what insecticide to spray. The results were definitive: Growers increased insecticide class rotation from 76 per cent to 100 per cent and use of the action threshold for determining whether to spray from 57 per cent to 82 per cent.

By using action thresholds, growers made 12 per cent to 50 per cent fewer insecticide applications in their third year participating in the program as compared to their first year, and saved $148 per acre. In New York, the onion crop is valued at $40 million to $50 million annually; in a good year, a farmer can gross $6,000 per acre.

“At the end of the day, the success of our research largely depends on the growers,” Leach said. “This study acknowledges that the success of IPM doesn’t rely on the researcher developing IPM tactics, but on the grower, who chooses to implement those tactics.”

To create change, Cornell researchers and educators have demonstrated trust in growers – just as much as they had to gain growers’ trust.

“Brian, Christy and their team are uncommonly responsive to our concerns and receptive to input from growers. They’re very hard-working people, who aren’t afraid to sweat and get dirty,” Mortellaro said. “They’re helping us fight the good fight, and it can be brutal out there.”

Nault’s study, published in February in Pest Management Science, will inform continuing efforts by Nault and Hoepting at building success for New York state’s onion industry in 2019. Nault will be meeting with growers to refine the program’s guidelines; Hoepting will be scouting fields in Orleans and Wayne counties while advising growers on practices outlined in the study as part of the CCE Vegetable Program.