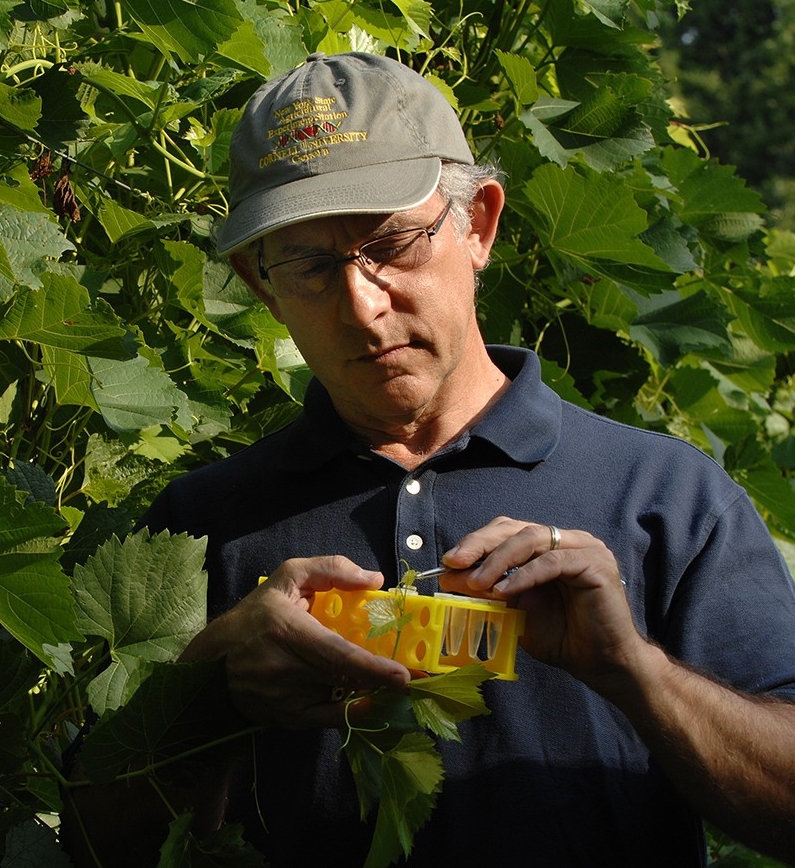 September 11, 2017, Geneva, NY – Breeding the next great grape is getting a boost thanks to new funding for a Cornell University-led project that uses genomic technology to create varieties that are more flavourful and sustainable.

The project – VitisGen2 – is a collaboration of 25 scientists from 11 institutions who are working in multidisciplinary teams to accelerate development of the next generation of grapes. Launched in 2011, the project was recently renewed with a $6.5 million grant from the U.S. Department of Agriculture’s National Institute of Food and Agriculture, Specialty Crop Research Initiative.

The work has the potential to save millions of dollars annually for the U.S. grape industry – in excess of $100 million in California alone, according to Bruce Reisch, professor of grapevine breeding and genetics in the College of Agriculture and Life Sciences (CALS), who co-leads the project with Lance Cadle-Davidson, plant pathologist with the USDA-ARS Grape Genetics Research Unit, both located at Cornell’s New York State Agricultural Experiment Station in Geneva, New York.

The result is a new generation of high-quality grapes that can be grown at lower cost and adapt easily to a range of geographic regions and climates, all with less environmental impact.

“We all stand to benefit in areas ranging from the environment to economic sustainability to improving the profit and quality possibilities for the industry,” Reisch said.

Among the achievements in the project’s first five-year phase:

The project has already shared its disease-resistant germplasm with breeding programs throughout the U.S., speeding the development of grape varieties with more flavour and that are more environmentally sustainable.

Looking to the future, Reisch and the VitisGen2 teams are aiming to expand the use of high-throughput DNA and plant evaluation technology to improve the quality of wine, raisin and table grapes, as well as rootstocks. VitisGen2 is using genome sequencing to identify markers within numerous genes of interest to better understand which genes are controlling priority traits.

The team is also looking at ways to use its collective knowledge of genetics to help growers manage vineyards. For example, AmpSeq technology can track the powdery mildew pathogen population, allowing researchers to determine which pesticides are most effective at specific times of the season, thereby reducing pesticide spraying and increasing its efficacy.

Ultimately, VitisGen2 will bring greater efficiency to grape growing, which is an intensive, comprehensive and costly process, said Reisch.

“It takes 15-plus years to get a new variety to the market,” Reisch said. “We’re probably shrinking the timeline down by two or three years.”