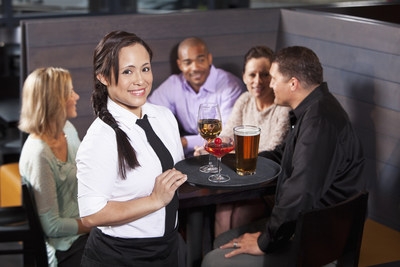 June 14, 2017, Ottawa, Ont. – A coalition of voices that represent beer, wine, spirits, foodservices, hospitality, farmers and suppliers in Canada is pushing back on the federal government’s plan to impose never ending tax hikes on beverage alcohol.

The proposed tax mechanism has to be approved by the Senate of Canada which may yet disallow the policy because it imposes future tax increases while avoiding Parliamentary scrutiny.

Canadians already pay some of the highest taxes on beverage alcohol in the world. For example, the average price of 24 bottles of beer in Canada is 50 per cent tax. That is over and above payroll taxes, income taxes, municipal property taxes, licensing fees and a myriad of other taxes that are built into the price.

“Two things in Budget 2017 negatively impact domestic brewers: a two per cent increase to the excise duty on beer and a mechanism that will automatically hike excise by the rate of inflation every year,” explained Luke Harford, President of Beer Canada. “The two per cent is not helpful but this escalator, the automatic annual tax hikes, will do far more damage and we are hopeful the Senate will stop it.”

Jan Westcott, President of Spirits Canada said: “Spirits consumers already shoulder more than their fair share of tax and the Government plans to take more and more every year without ever having to justify an increase or check-in on the condition of the industry.”

A hidden excise escalator that automatically increases the tax on beverage alcohol is unfair to lower and middle income Canadians. Excise is a regressive tax and is based on volume, not on price. The hidden escalator will have the biggest regressive impact on Canada’s “value priced” wines, beers and spirit brands where excise makes up a higher proportion of the final price.

“On the one hand the Government talks about strengthening the middle class and on the other, they plan on imposing automatic annual tax increases on the drinks middle-class Canadians enjoy,” said Joyce Reynolds, EVP of Government Affairs at Restaurants Canada.

Excise is levied at the point of production and the government expects producers to pass the cost onto customers through higher prices. Canadian excise rates are already high. Rates here are 56% higher than they are in the US.

“It is a very competitive marketplace and there are many challenges agri-food producers are bracing to overcome,” highlights Dan Paszkowski, President and CEO of the Canadian Vintners Association. “Trump’s low tax and buy American plans, a new free trade agreement with Europe, and with the renegotiation of NAFTA – now is not the time to pile on with automatic annual tax hikes hidden from consumers.”

The proposed legislation to implement the escalator tax is included in Bill C-44 and will make its way through the Parliamentary process by mid-June. The coalition hopes the Senate will take note of the opposition to never ending tax hikes on beverage alcohol.