September 23, 2020By Fruit and Vegetable

Fruit and vegetables account for the largest category of organic purchases. Photo courtesy of the Canadian Organic Trade Association.

New August 2020 data shows that organic products sold in Canada now account for 3.2 per cent of all grocery sales, and Canadian consumers are spending $6.9 billion annually on organic products, up from 2.6 per cent and $5.4 billion in 2017.

“The data shows that Canadians are buying more organic products year over year, even during a global pandemic,” said Tia Loftsgard, executive director of COTA. “From avoiding exposure to pesticides to higher animal welfare standards, consumers are making choices that align with their health priorities and values.”

The Canada Organic Trade Association (COTA) commissioned Leger 360 to poll 1,000 consumers nationally in August to gauge the perception and appetite for organic food during the pandemic.

Canadian consumers purchase organic fruits and vegetables more frequently than they do other categories such as meat/poultry and dairy. Photo courtesy of the Canadian Organic Trade Association.

Eight-in-10 (82 per cent) Canadians who buy organic food regularly shop for organic food at regular grocery stores, up from 75 per cent in 2016.

One-third of consumers (32 per cent) buy organic food directly from farmers (e.g. farmers’ market, veggie box), up from 25 per cent in 2016. 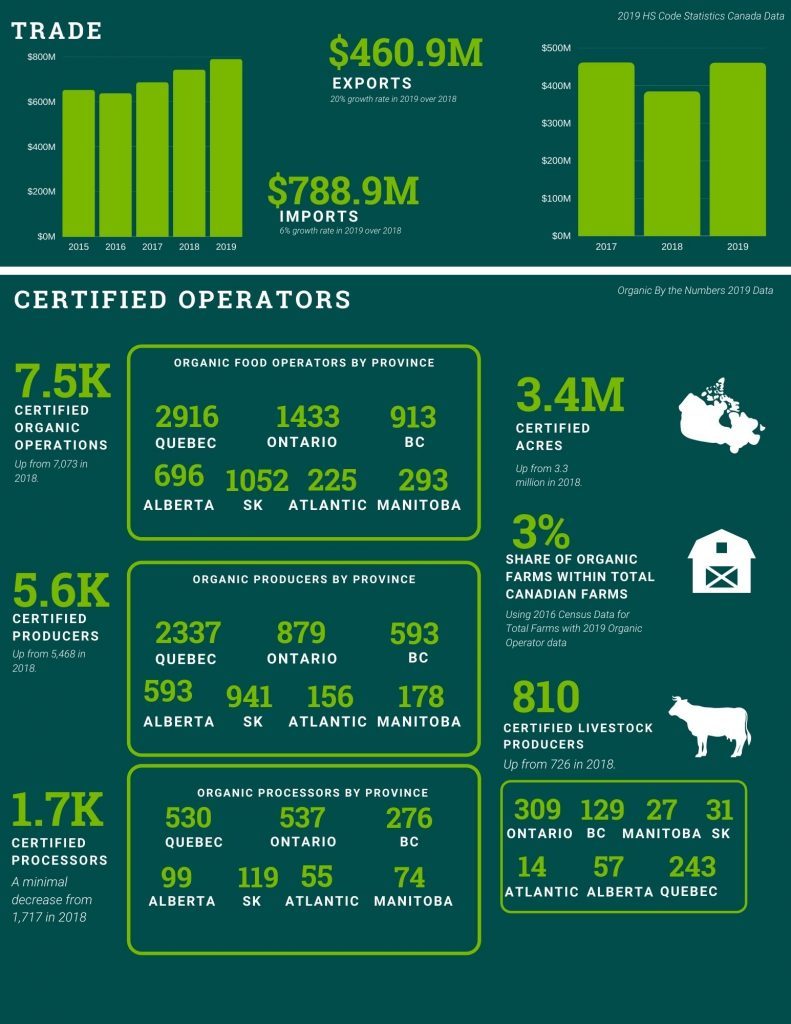