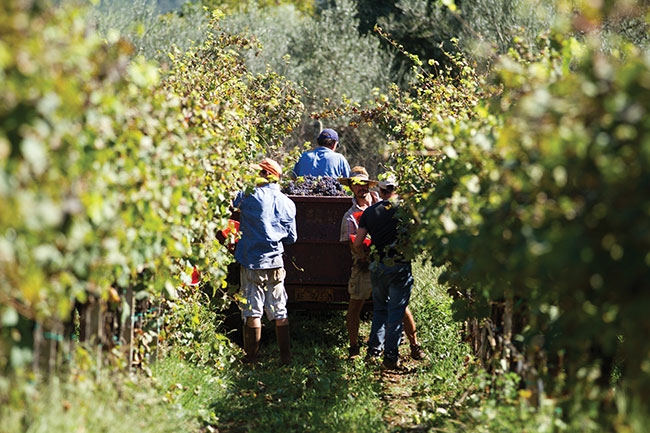 Today, Martin Burwash laughs at the irony and wishes now he was a little more serious in his studies after seeing the role Spanish has played in his career as a life-long farmer.

And even more so in his current role as farm manager of the non-profit Viva Farms, an organization that offers a business incubator that is a bilingual program based on offering support to both beginning farmers and experienced farm workers.

Burwash says communication isn’t just about getting the words right but understanding each other’s cultural differences. Without solid communication, a farmer can easily create an unsafe and/or unproductive environment. And anyone who has worked with foreign-speaking crews knows good communication is easier said than done.

Cultural differences
Many different cultural issues can arise on a farm. One issue that can arises within the Hispanic culture is family loyalty, which is generally a good thing, but something that can cause havoc in the field.

“The Hispanic culture is very family oriented,” Burwash says. “Families bond together and look after each other. When working alongside other families, a family group will want to make sure they were getting their fair share. In other words, we had to be careful to divide the field up evenly, to where all families were getting portions of both really good sections and also weaker parts of the field. Fields aren’t perfectly uniform. So, we had to be cognizant of that, and realize and make allowances.”

Another issue to be aware of are the differences between laws and regulations. Confusion can quickly cause friction. Burwash also saw this happen frequently with his crews when it came to child labour laws.

“In the Hispanic culture everyone works and pitches in. They didn’t understand child labour laws. Culturally, it made no sense. In fact, those laws put a hardship on migrant families because then they had to somehow come up with child care.”

Burwash has seen a number of different cultural issues crop up in his position with Viva Farms, such as:

Finding solutions
Luckily, despite the number of ways to miscommunicate, there are ways to get it right.

Determine the right staff. Identify or hire a staff person who can speak the language fluently. That said, it’s advised not to allow supervisors to use migrant peers as interpreters. Take the time to define who is in charge and who will be giving directions.

Burwash says at his farm they relied heavily on a bi-lingual foreman who had worked his way up the ranks. “He could explain what we needed and could explain to us what their issues were.”

Open communication. It’s important to be aware that there can be fear among migrant workers that they could be “sent home,” and therefore, they may not admit when they are not comprehending instructions.

“Make it clear that it is okay if your workers don’t understand and require further clarification. Observe their work and provide constructive feedback in a non-threatening way until you are confident that they can perform the task appropriately,” advises the Canadian Agricultural Safety Association (CASA).

Clear questions. Sometimes the questions can be phrased in a way to help alleviate confusion. For example, consider asking, “What do you understand?” rather than, “Do you understand?” The first response will provide you information about the task, the second response may get a “yes” to be polite.

Burwash adds, “If you don’t understand what they’re talking about, just flat out tell the person. They can handle that. They’ll come up with another way to communicate.”

Safety first. Because some workers may not understand certain safety precautions or the need for them, make sure to communicate and enforce health and safety requirements. Make it clear that health and safety practices are a condition
of employment.

To ensure your safety requirements are understood, consider incorporating pictures, demonstrations, short video clips and other visual techniques in your safety instruction.

Visual communication is an extremely powerful tool, as all humans are essentially visual learners. Also, look to see if there are materials already written in other languages. This can save you time and potential confusion.

Repetition. Never assume that your crew understands what is being said the time first time around. Follow up. Have a team demonstrate that they understood what was asked of them.

Don’t assume. We often take for granted that farm workers can operator various equipment or are familiar with various tools or technology. That is not always the case. Burwash says he often runs into knowledge gaps.

“I often take it for granted that there’s knowledge there that isn’t. And that’s just a universal. For example, some people tend to gravitate more towards trying to do things by hand instead of coming up with ways to do things mechanically. We assume that people know how to do things the way we do them.”

“What you’re looking at is trying to answer questions, explain and teach,” he says. “Out in the field, between my bad Spanish and their bad English, we can communicate. They literally show me what they’re talking about. And I show them what I’m talking about. It is more of a hands-on-demonstration way communication. And often we will blend the languages that we’re speaking back and forth to each other. And it does work. But you certainly have to be patient.”

Create a common language. Communication is definitely easier when we are using the same words. Define the meaning of important technical words up front. And, if possible, provide printed material – ideally in the workers’ language – with tips about the Canadian culture.

Be polite, listen and react. Communication is often more about listening than speaking. Listen attentively to understand. Once you understand, then take action. Even if you don’t perceive something as a problem, if your employees think it’s a problem, it is.