The top 10 finalists from the What’s Growing Canada video contest share the ups and downs of being fruit and vegetable producers in Canada, from consumer interactions to urban encroachment. 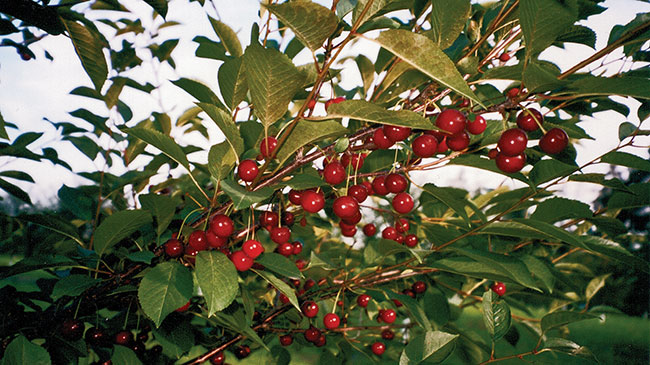 We had a chance to chat with some of the What’s Growing Canada finalists. One thing that came up time and again was the importance of community – to success, personal satisfaction, and a sense of pride in what each farmer (and Canadian agriculture as a whole) produces.

“For us, the way we farm, the most rewarding [part] is being able to talk to the customer that’s actually buying our products. So, we’re constantly working with the customer and the consumer. That’s always rewarding. Whether we’re selling to chefs, whether we’re selling to people at the farmers markets, we have that face-to-face connection all the time. So, they love what we do, and it’s great to have that recognition every time, every sale.

“I think if I was just growing, and never seeing that part, and just getting it to the wholesaler, and you never really see anything, it wouldn’t be the same. I think what we love about farming is because we have that connection.”

“I suppose being invested and being prideful of what we have to offer as Canadians, not only internationally but also nationally – offering ourselves – and being proud of the food we can produce. And our ability to distribute across the province, across Canada. It’s amazing.

“And our ability to distribute across the province, across Canada. It’s amazing.”

“Ontario itself is the main grower of so many awesome things, and we’re able to share that with the rest of the country, so that, to me, is exciting – that we can grow our own food. But not only that – we also have a connection that we can make with our local consumers, because we grow these foods and we’re able to share that love with them, and support, and build that community with them, and share that pride with them, so that we’re all connected and on the same page with where our food comes from.”

Challenges and setbacks are a fact of life, but that doesn’t make them any easier to deal with, especially when it’s your livelihood on the line. To handle them, you’ll need plenty of creativity, grit, and support.

“I mean, there’ve been lots of challenges. It’s been up and down, up and down – perseverance, trying to keep going.

“I mean, there’ve been lots of challenges. It’s been up and down, up and down – perseverance, trying to keep going.”

When it comes to competition – especially from larger companies – emphasizing what you can offer your consumers and adding a personal touch to your interactions can make all the difference.

“Something that we’re proud of is our retention rate. So, the most recent competition we’ve been faced with, since we are a food subscription service, if you will – people buy into our farm, and in return we share our harvest – was the up-and-coming of HelloFresh, Chef’s Plate, those kinds of boxes. It’s definitely put a blip. They’re dealing with our consumers, they’ve made it a lot cheaper.

“We’ve been able to hold our member numbers – we have a very high retention rate. We have a lot of people staying on our program. We’ve had people on our program since we began, and we run every year. And we have two seasons – we have winter and summer – and we’ve had people in every season since we started in 2007-08. So, something we’re particularly proud of would be our customer service – the community we’ve built, being able to overcome competing against much larger companies that are trying to do what we do.

Urban space encroaching on arable land is a major issue faced by many agriculturally important areas. However, some are focused on changing the mentality that it has to be one or the other, recognizing the possibilities cities hold in produce production.

“I think that the urban spaces – there’s lots of spaces that people can grow in. Cities are starting to allow people to grow food on their front lawns – I think that’s a pretty cool thing.

“It’s almost like we’ve got to go back to when I was a kid on the farm – but I lived in a rural community, so there was lots of space to grow food. But now I’m in an urban centre. I didn’t realize how much I relied on food coming in from other places. And I think people are really starting to realize that. If the trucks stop rolling, or there are problems, you start to see it. If there’s a problem like a snowstorm and the trucks aren’t getting through, there’s no butter on the shelves, or there’s no eggnog for Christmas, because it’s coming from somewhere else.

“So, I think it’s important that we do what we can, to provide the tools that our communities need to grow their own food.”

“So, in our specific arm of the industry, we get the privilege of feeding people directly. We grow beans, wheat, but you never see the end user, you don’t necessarily get the opportunity to watch their face as they consume something, because a lot of the time they don’t even realize what’s in what they’re consuming, and sometimes, unfortunately, they have a misunderstanding of what they’re consuming.

“But for sweet corn specifically, we get to see their joy, and that is such a privilege.”

“But for sweet corn specifically, we get to see their joy, and that is such a privilege. I think about my own family, and when I make a meal for them, they’re over the moon. And there’s something about nourishing the body that just brings people together, and we’re a part of that. So, that’s a pretty neat thing. And because we are strictly retail, we get to see who our customer is. I can’t always be at the stand, but when I am, I hear stories about how much people love and enjoy it, and how devoted they are to it, and it really makes us aware of what a privilege it is to be part of a community.”

View all the top 10 finalists from the What’s Growing Canada video contest here.

This is just a glimpse of what there is to be proud of in Canadian agriculture. On behalf of Fruit and Vegetable magazine and BASF Canada, thank you for sharing your videos with us, and keep up the good, hard work!