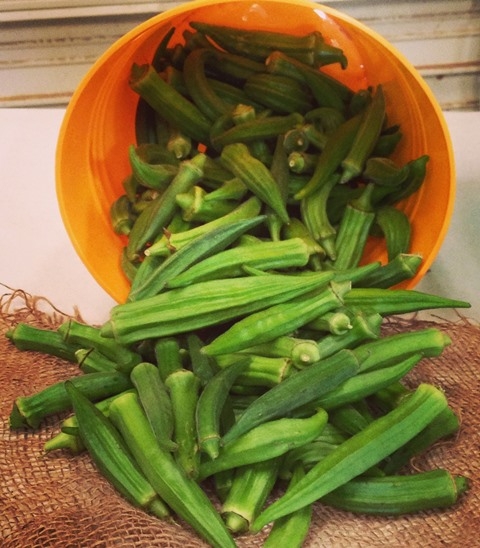 August 29, 2017, Vineland, Ont. – Farmers interested in adding a new crop to their production line-up may want to look at okra as an opportunity.

That’s according to researchers at Vineland Research and Innovation Centre (Vineland) who have been working with the crop for the past five years and have some very promising results from two years of field trials with three okra varieties.

“We know okra can be grown commercially in southern Ontario and that yields of 20,000 kg per hectare are possible,” said Vineland research scientist Dr. Viliam Zvalo.

Canada imported over six million kilograms of okra in 2015 – an increase of 43 per cent since 2011 – so the market demand for this new crop, popular especially in South and Southeast Asian cuisine, is there.

Zvalo is particularly excited about three additional varieties Vineland has been able to source from East West Seeds from Thailand. The company is a key player in the okra seed market in countries like India, the Philippines, Malaysia and Thailand where much of the world’s okra is grown.

“We planted some of these varieties in June last year and were amazed by the yield potential,” he said. “I believe they may outperform the varieties we’ve been using so far and we are quite optimistic they’ll do very well here.”

Okra grows well in Canada’s hot summers but less is known about its performance in cooler, wet weather. However, Zvalo believes these new Asian varieties, which are developed for the cooler monsoon season, should perform well in Canada. Also, one variety is slower to mature than others, which means it needs to be harvested only every two or three days.

“Normally okra has to be picked daily to keep it from over-ripening and becoming woody, so this would give growers a bit of a buffer at harvest time,” he said.

Retail support for the new crop has been strong with prices for growers averaging $2.50 – $2.60 per pound. The key to getting into the okra business, though, is knowing the market, believes Zvalo.

“Big retailers are very interested in locally-grown okra, but are unlikely to deal with growers who only grow half an acre,” he said. “And if you’re harvesting and shipping daily, you need to be reasonably close to the market to get the crop there on time and be cost-competitive.”

For those interested in experimenting with okra, Vineland will provide a small quantity of seeds per variety as well as technical assistance related to growing the crop. This lets growers see first-hand how the varieties perform in their particular climate and soil.

According to Zvalo, the crop will grow reasonably well in areas of 2700 – 3300 crop heat units and growers in Ontario, Quebec, British Columbia and Manitoba are trialing all six of the varieties this year.

Vineland has been conducting okra research on optimal plant spacing, fertilization, use of covers in early spring as well as the impact on yield potential of direct seeding versus transplanting. More information is at http://vinelandresearch.com/program/feeding-diversity-bringing-world-crops-market.

“I think the okra story is definitely more promising today than it was just a few years ago,” Zvalo said.

Vineland’s okra research is funded in part by Growing Forward 2, a federal-provincial-territorial initiative, through the AgriInnovation Program.