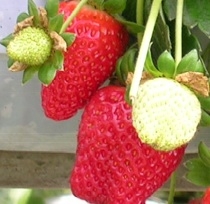 But the chemical was slated to be phased out by international treaty because it depletes the Earth’s ozone layer. And later its replacement methyl iodide was pulled off the market after numerous public protests.

Now California regulators have proposed stricter rules to protect the public from a third fumigant, chloropicrin, which growers use to sanitize their fields. The restrictions are pushing California’s $2.3 billion strawberry industry toward developing nonchemical alternatives to pesticides.

The industry and state say alternatives such as sterilizing soil with steam or growing berries in peat are not ready for prime time.

California supplies nearly 90 per cent of the U.S.’ strawberries.