Equipment Harvesting
Building soil health from the ground up 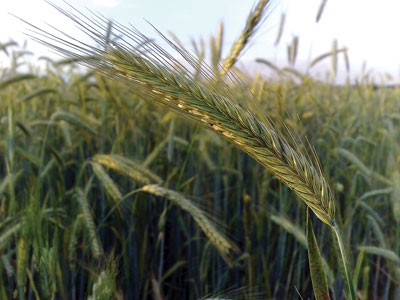 When Nova Scotia fruit and vegetable producer Josh Oulton discovered his fertilizer applications weren’t doing the job and his yields were not as he had hoped, he turned to do-it-yourself soil building in hopes of building the productivity of his soil.

Oulton farms a 350-acre operation near Port Williams, N.S., raising both organic and conventional crops. He grows his conventional crops under plastic and in tunnels with the bulk of his crops being tree fruits, strawberries and Brassicas.

He decided to try his hand at soil formation after attending a five-day workshop held by American soil biology researcher Dr. Elaine Ingham. He also consulted with soil expert Gary Zimmer, author of The Biological Farmer: A Complete Guide to the Sustainable and Profitable System of Farming. With his new knowledge, Oulton started his changeover, building his soil with compost, compost tea, manure and cover crops.

“The goal (is) to create a living soil,” he said. “The soil that we farm is a living, healthy organism.”

One of Dr. Ingham’s fundamental soil building beliefs is moving away from tillage equipment that cuts the soil, opting instead for no-till cultivation. This proved difficult for Oulton, as his soil tends to clump. He decided to plant alfalfa and apply manure to his soil in a bid to add organic matter.

He then started work on his compost.

“To make good compost, you need the right temperature, at the right time and the appropriate ratio of carbon to nitrogen,” he explained.

Oulton uses a combination of cardboard, vegetable waste and wood chips to make his compost, striving to maintain an internal compost temperature between 130 and 150 F. During the active phase of composting, he uses a Stittler Compost Turner to turn the mixture twice a day.

Unfortunately “fumigation was absolutely the worst thing I could do to our land,” he said.

With this lesson learned, Oulton now plants a cover crop of rye in place of fumigation.

“Don’t use compost as a nutrient,” he recommends. “It is a soil supplement to build up the soil.”

Instead, he applies manure as a nutrient for his crops.

For his compost teas, Oulton buys ingredients from The Jolly Farmer in Hampton, N.B. He uses both compost and fungal teas “to replace bad biology with good biology” and applies the teas using a sprayer, ensuring there is no fungicide residue remaining in the tank before use.

For Oulton, a happy soil is a productive one.