A glimpse into what agriculture engagement looks like in Chatham-Kent. 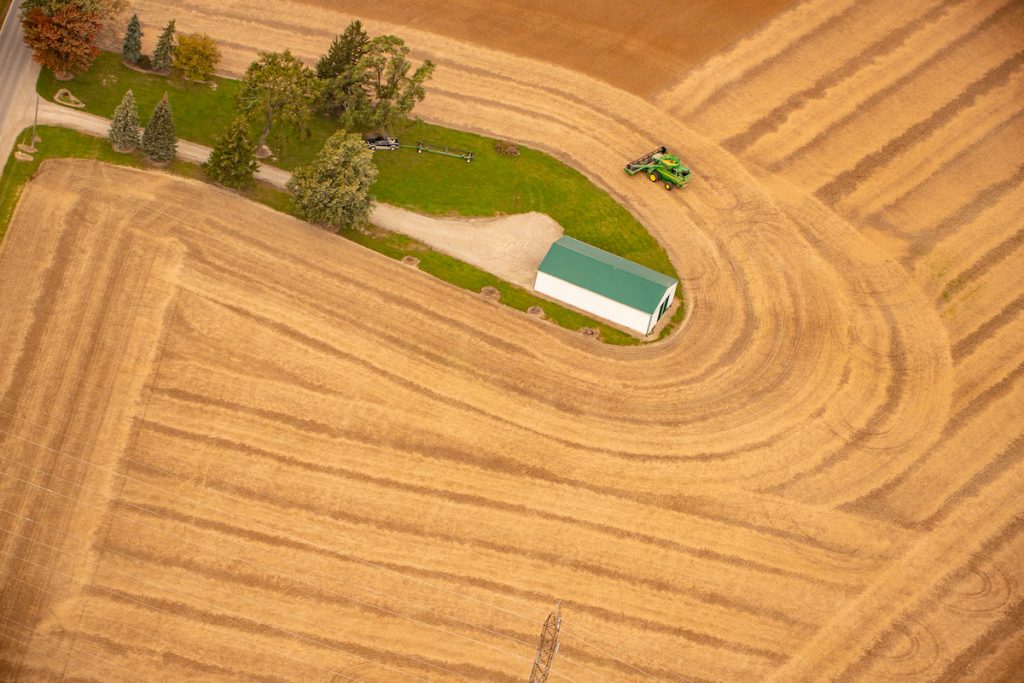 There are over 2,200 farms in Chatham-Kent and 32 manufacturing businesses dedicated to food, beverage, and tobacco. Photo courtesy of Andrew Tompsett.

Editor’s note: In late November, Darrin Canniff, the mayor of Chatham-Kent, Ont., joined Larprise Farms during their brussels sprout harvest. Canniff posted a short video of his experience on social media and it was met with an abundance of engagement. His post started with, “Hey CK! Did you know that Chatham-Kent produces virtually all of the brussels sprouts consumed in Canada?” This visit to a farm is not a one-off, but part of a larger series the mayor is doing covering different agricultural businesses in Chatham-Kent. We asked the mayor to share his thoughts about the experience and what it could mean for producer-consumer relationships down the line.

Located in southwestern Ontario, Chatham-Kent is referred to as the banana belt of Canada and for good reason. The municipality has one of the highest number of growing days in Canada and agriculture represents a more than $3-billion economic driver for the region.

Over the past year, Chatham-Kent’s mayor Darrin Canniff has been travelling across the region, exploring some of the 2,450 square kilometres of rich farm soil to meet with farmers, agricultural leaders, and food processing companies.

Canniff took office on Dec. 3, 2018 and comes from a finance and accounting background. When talking to producers in the region, Canniff recognized the significant developments of local agriculture.

“I’ve discovered that our region is a hub for agribusiness innovation through advances in smart farming technology, robotics, automation and AI, and cutting-edge value-added food processing,” Canniff said. “Our greenhouse sector has doubled in size over the past several years and thanks to recent investments in important resources such as natural gas, it is ramping up for even more growth.”

The climate in Chatham-Kent is also well suited to newer field crops. This past fall, Canada’s first commercial rice crop was harvested in Chatham-Kent by a partnership between Ontario FangZheng Agriculture Enterprises and the University of Guelph Ridgetown Campus.

Chatham-Kent already grows more than 70 different types of crops and is Canada’s number one producer of tomatoes, carrots, seed corn, cucumbers, brussels sprouts, and pumpkins. The municipality is also working closely with the Ridgetown Campus to see if ginger can become a viable option for farmers in the area.

The mayor has also been meeting with food processors in the municipality including ConAgra Foods (Dresden), Harvest-Pac Products (Chatham), and Weil’s Food Processing (Wheatley) to understand their needs and to learn how Chatham-Kent can further support their development.

“People know that we are processing crops that reach major chains like Sobeys, Loblaws, and Costco. One of the things people may not know is that we have a chocolate factory that is running at 100 per cent capacity with four shifts,” Canniff said. “Not only that, but engineers at the Chatham facility have developed innovations that are being shared internationally across other plants the company owns.”

Communicating with the community

When it comes to sharing information, we asked Canniff what strategies he would recommend agribusiness use when communicating with their communities.

“I’ve heard time and time again that the successful producers are finding ways to engage directly with the community. For example, Whyte’s Pickles, which has recently launched the first phase of their new plant in Wallaceburg and is set to launch the second phase in 2020, has taken a proactive approach and has already attended several major community events over the past year,” Canniff said. “It’s helped them from both a brand perspective and it’s accelerated their employee attraction efforts.”

Andrew Tompsett is the marketing and communications officer for economic development for the municipality of Chatham-Kent in southwestern Ontario.