Features Production Research
Breeding wildness back into fruit and veg 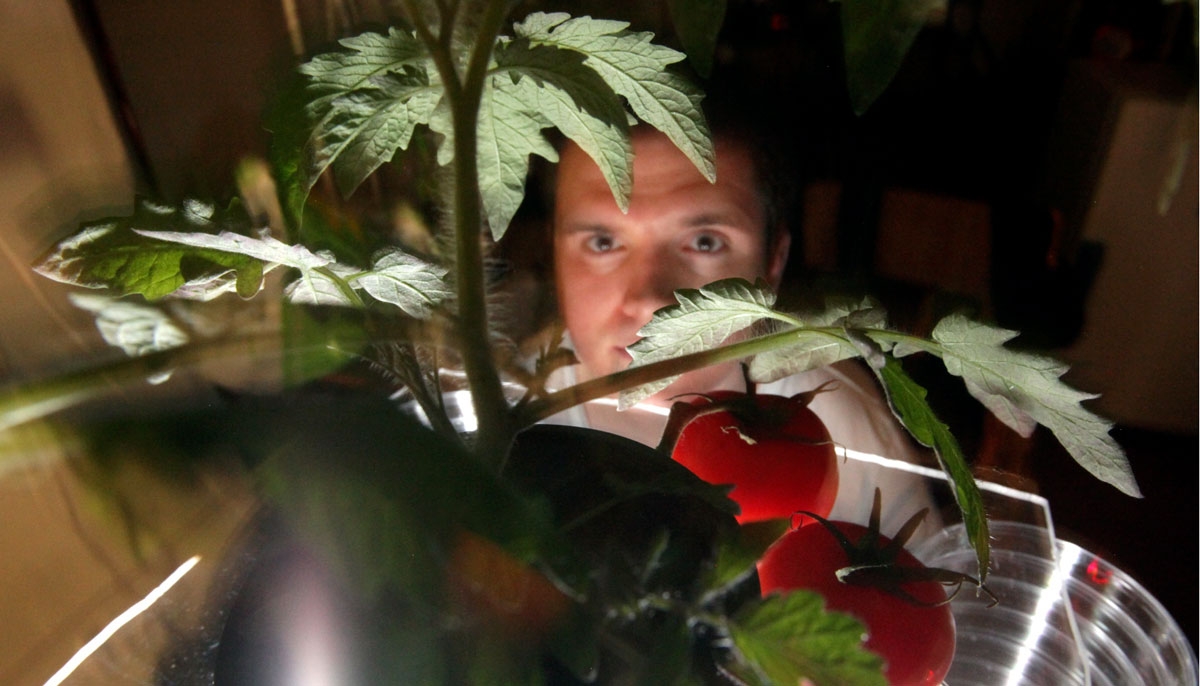 February 16, 2016 – New research suggests researchers need to “breed some wildness back” into fruit and vegetable varieties after experts found wild tomatoes are better able to protect themselves against the destructive whitefly than modern, commercial varieties.

The study, published recently in the academic journal Agronomy for Sustainable Development, shows that in society’s quest for larger redder, longer-lasting tomatoes, breeders have inadvertently bred out key characteristics that help the plant defend itself against predators.

Led by Newcastle University, UK, the research shows that wild tomatoes have a dual line of defence against these voracious pests; an initial mechanism which discourages the whitefly from settling on the plant in the first place and a second line of defence which happens inside the plant where a chemical reaction causes the plant sap to “gum up” blocking the whitefly’s feeding tube.

Thomas McDaniel, the PhD student who led the research, says the findings highlight the natural resistance of wild plant varieties and suggests researchers need to “breed some of that wildness back in” instead of continuously looking for new methods of pest control.

“By selecting for certain characteristics we have inadvertently lost some really useful ones,” explains McDaniel, who is based in the School of Biology at Newcastle University.

“The tomatoes we buy in the supermarket may have a long shelf life and be twice as big as the wild varieties but the trade-off is an intensive and costly pest control regime – both biological and in the form of chemical pesticides.

“One option would be to revert back to growing more of the older, wild varieties, and certainly we are already seeing a trend towards this, particularly among smaller growers,” explains McDaniel.

“There has been growing interest in traditional and wild varieties of fruit and veg, driven mainly by people wanting to re-capture the tastes of their childhood,” explains Dr. Brogan.

“But actually it’s playing a vital role in protecting these older varieties and maintaining biodiversity. If we allow our wild species to be lost then we risk losing potentially useful traits that we might need at a later date.”