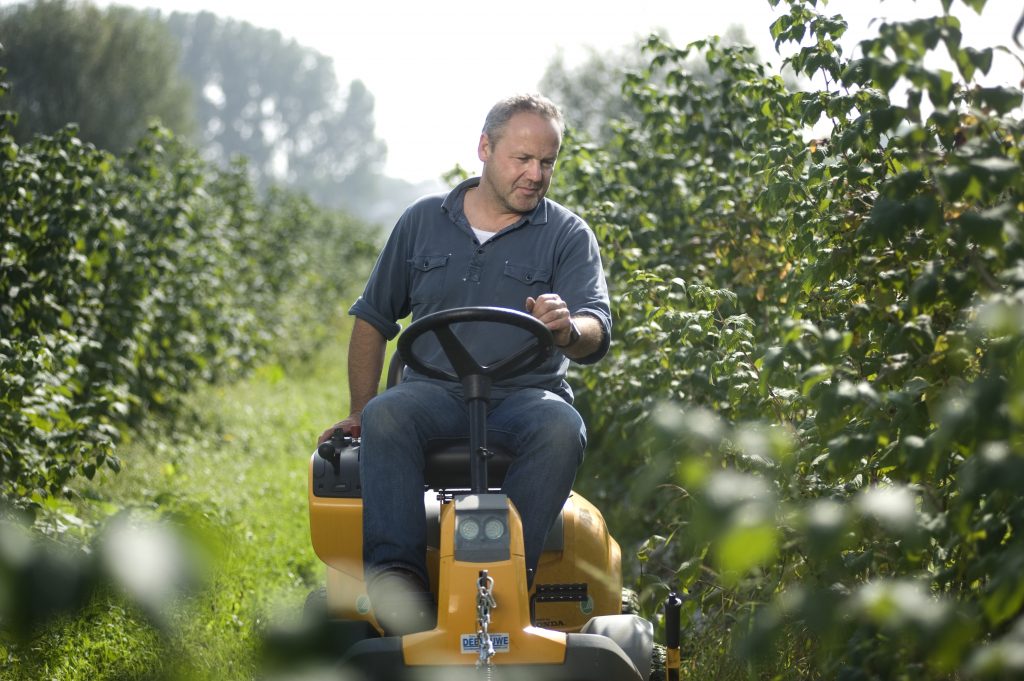 Bart Van Parijs, from Oeselgem, has conducted a trial in open field-grown raspberries using the biofungicide Prestop 4B as the ‘medicine’ against Botrytis. Biobest

Developed by Biobest, Flying Doctors – bumblebees that pollinate flowers while at the same time delivering a ‘medicine’ to the plant – have been available since 2013. Highly innovative and efficient, these bumblebees kill two birds with one stone.

Fruit grower Bart Van Parijs, from Oeselgem, Belgium, has conducted a trial in open field-grown raspberries using the biofungicide Prestop 4B as the ‘medicine’ against Botrytis.

Bart first heard about this technique at a seminar a few years ago. “With most of the results relating to protected crops I was curious to know what the effects would be in open field raspberry crops”, explains Bart Van Parijs, who owns the 12-hectare biological fruit company, Purfruit in Oeselgem. This enterprising operation grows up to 15 species of fruit, has a pick your own fruit farm, a terrace and a shop. It also regularly welcomes groups and classes.

Protection against Botrytis
A biological grower as Bart Van Parijs cannot use any chemical products to protect their crops against Botrytis − which causes fruit to rot. As the fungus remains latent during flowering, the damage only becomes visible during harvest or storage.

The biofungicide Prestop 4B contains the beneficial fungus Gliocladium catenulatum J1446. Using Flying Doctors, the bumblebees continuously carry the biofungicide to the flowers during pollination, affording protection against Botrytis and preventing the fruit from being harmed.

Beneficial fungus present
Biobest deployed the Flying Doctors with Prestop 4B in the raspberry crops in spring. At the end of May, flowers were collected from plots that were, and others that were not, pollinated by Flying Doctors.

The flowers were examined for the presence of Gliocladium. The beneficial fungus was found in both plots. The fact that a certain percentage of Gliocladium was also found on the untreated crop is due to the distance between the plots. Since they were not far apart, some bumblebees also pollinated the plot that did not receive any treatment. Still, the plot treated by Flying Doctors showed a much higher presence of Gliocladium – namely 80 per cent.

No fruit rot after storage
During harvest in early July, Biobest performed a new trial: raspberries from plots that were and others that were not pollinated were harvested and stored at a temperature of 10°C.

Biobest researcher Soraya França explained, “After two weeks there was no sign of fruit rot in the raspberries treated by Flying Doctors. On the other hand, 30 per cent of the raspberries from the untreated area were affected.

Extended shelf life is positive
Commenting on the results, Bart Van Parijs said, “the shelf life of raspberries is limited, especially in humid periods. Thanks to Flying Doctors with Prestop 4B, raspberries can be kept longer in the fridge, which is reassuring. During humid periods, I normally advise my fruit garden customers to consume the fruit they have picked the next day at the latest. This year I could confidently say that the berries could be kept a few days before being eaten. I will be using Flying Doctors again this year.”