Features Fruit Production
BC apple agency concept not buried yet 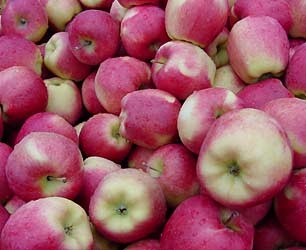 March 24, 2014, Penticton, BC – Despite the plan failing in a vote, the B.C. Fruit Growers’ Association is not giving up on the idea of an industry-funded Apple Research and Promotion Agency.

“We aren’t anywhere near developing a new proposal, but I think what we’re saying is the concept is alive,” said BCFGA general manager Glen Lucas.

The aim of the proposed agency was to fund marketing and research for the apple industry to help improve profitability. It would have been funded by growers through a levy of two-tenths of a cent per pound of apples produced. READ MORE