Equipment Features
Assessing apps for use in the field

With new smartphone apps being developed every day, how can growers determine which one is best suited to their needs? 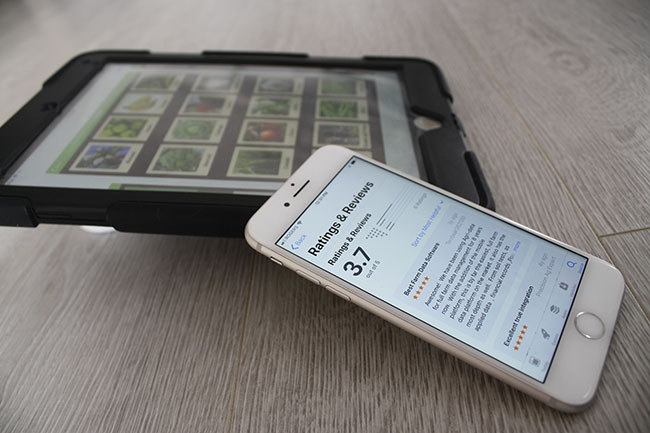 Every day there is a new smartphone application launched that claims to assist growers in their farming efforts. And while many of these apps can be beneficial tools, wading through the ever-growing lineup of offerings can be a daunting task.

“I think apps are a really good tool when we are busy. But, just like any other tool, you want to spend some time doing your research before downloading or paying for anything,” says Renee Prasad, assistant professor of agriculture at the University of the Fraser Valley. Prasad and her students have taken on a number of research projects with the goal of determining how to identify a useful smartphone app for a farming business.

She explains that without the proper research, an app can also become just another icon taking space up on your phone. Reviews and ratings are helpful, as are the developer’s website, which may explain the app and its functionality.

Reviews and ratings are helpful, as are the developer’s website, which may explain the app and its functionality.

Throughout her research, two weed identification apps were reviewed – Farm Progress Identify Weeds and Plant Snap. And while Prasad isn’t recommending any apps in particular as there are numerous other weed identification apps available, she does want those in the industry to understand some of the pros and cons of apps and how to assess them. Therefore, these two apps were used as an example of how her team, and growers, can determine which app is right for their needs.

Prasad notes that the Farm Progress app requires users to scroll through pictures to match their weed to an image on the app. The majority of the images were soy and cornfield weeds, which made the app fairly crop specific. Most interestingly, the app only had a one-star rating and the developer operation is no longer running.

“You wouldn’t know something like that without doing the research,” Prasad explains. “A person could install the app on their phone, then wonder why it never had updates if they didn’t look further and learn it wasn’t being supported.”

The second weed identification app, Plant Snap, uses a crowd-sourced method, meaning a variety of users contribute to the information. It has a four-star rating but very few users are farmers. Functionality-wise, it’s easy. Take a picture and the app searches for the matching plant.

Users must follow specific criteria for their picture, and, for a fee, the photo could be sent to an expert for individual assessment.

“Within about 10 minutes, we got an answer,” Prasad says.

She notes that Plant Snap may not help with seedlings as the images were primarily of growing, more established or mature-staged plants.

The research team found that apps are often a faster way to find information, complete a task or file information. However, like many tools, the outcomes depend on what the user inputs.

The research team found that apps are often a faster way to find information, complete a task or file information. However, like many tools, the outcomes depend on what the user inputs.

“It’s about you and your use of the tool,” Prasad says. “Many apps require inputs, so you need the correct information and to take the time to enter the data.”

Prasad also looked into another application called Bucketload, which helps to track the progress of field workers at harvest. She notes that while Bucketload is helpful in tracking the harvest and determining pay, it is dependent on user inputs to make the app functional.

“Before you can use the app, you have to do some work in the real world.” For instance, pickers need ID numbers assigned to them along with QR codes. When the picker brings their harvest in, they scan their QR code and the app keeps a tally. The grower can then upload that information to calculate payment.

Sometimes incorrect information can result from settings that need adjustment, such as measurements being shifted to metric from imperial, or a box that needed to be checked or unchecked. Each app is made with a certain set of assumptions and those boxes that are checked are what the app creators feel are the most universal set of standards. Prasad emphasizes that a user should not assume they fall into the category the app creator had in mind.

For example, if the app was created for okra crops, which is traditionally grown in the southern United States, a grower in Canada would want to check the default settings and ensure the inputs were accurate for their growing region.

A grower in Canada would want to check the default settings and ensure the inputs were accurate for their growing region.

“To get the right app that can be a useful tool, it seems you need an investment of time to find the ones that work for you,” Prasad says. 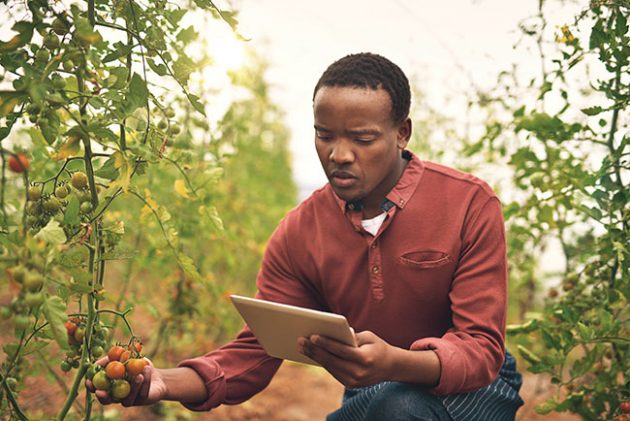 Prasad explains that without the proper research, an app can also become just another icon taking space up on your phone. Photo by Adobe Stock.

In an effort to help users evaluate smartphone apps, Stefanie Havelka from Lehman College and Libguides at Emporia State University came up with an evaluation checklist. Below are eight categories of questions to investigate before committing or paying for a smartphone application.

Here are a few popular agriculture smartphone applications to evaluate for your operation: