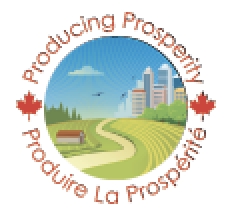 Since last fall, the CFA has used AI methodology to assess public attitudes about Canada’s Agri-Food sector, specifically in regard to economic development, food security and environmental stewardship.

From autonomous farming equipment to blockchain-based food traceability, to AI social media polling – Canada’s farmers are modernized, mobilized and ready for the digital future – but the sector needs government support to get there.

The Canadian Federation of Agriculture (CFA) recently launched Producing Prosperity in Canada, a national campaign aimed at federal politicians to promote the strategic importance of Canada’s Agri-Food industry, and what it can provide the country as a whole.

Currently Canada’s agriculture and food industry generates $112 billion annually of GDP, and employs 2.3 million people. From 2012 to 2016 the sector grew by 11 per cent, compared to the overall economy which grew by 7.8 per cent during that same period. As a nation, we are the world’s 5th largest food exporter, providing more than $60 billion of agri-food products annually across the globe.

Building on the sector’s significant opportunities, Producing Prosperity in Canada aims to engage candidates and politicians of all stripes, requesting support to make the agri-food industry a national priority for the 21st century.

To enable meaningful conversations with politicians, the CFA engaged Advanced Symbolics, an Ottawa-based research firm that uses proprietary AI algorithms to decipher what Canadians are talking about online. Since last fall this AI methodology has been assessing public attitudes about Canada’s Agri-Food sector, specifically in regard to economic development, food security and environmental stewardship.

The ongoing research demonstrates that Canadians from coast-to-coast generally support the sector. However, there is a measurable lack of awareness of the industry’s potential, which is attributable to our increasingly urbanized population.

Compared to traditional survey methods, which force an answer from participants, AI polling tabulates what people are talking about and gauges their attitudes on specific issues. Conclusions are based on the monitoring of more than 200,000 adult Canadians’ social media conversations, with data extrapolated from sample sizes.

Some of the more interesting findings include:

ECONOMIC GROWTH – Canadians believe that agriculture can lead to economic growth for Canada. Additionally, Canadians have a very favourable opinion that the country’s agricultural processing sector is capable of growing the national economy.

FOOD SECURITY – While the price of food is important, more Canadians prioritize quality when it comes to making choices when shopping for food. There is overwhelming support for food grown and processed in Canada, over food imported from other countries.

“We initiated this new method of polling because we wanted to know what Canadians were talking about related to agriculture without being prompted, and what we uncovered was encouraging,” states CFA executive director, Errol Halkai. “The campaign is designed to raise awareness and inspire an increasing number of politicians to support this industry for what it can do for the country. We understand that those of us in the industry need to collaborate and more effectively sell the story of agriculture to the entire country. It’s good to know that a good number of Canadians are clearly behind us; now we just need the politicians to seize this opportunity.”

The CFA’s AI polling will continue to monitor Canadians’ Agri-Food attitudes as the federal election nears, and Producing Prosperity in Canada will continue its grassroots advocacy efforts to engage politicians and industry stakeholders.

Proudly representing 200,000 farm families across the country, the CFA has offered to help build the federal election platforms for all parties, as they pertain to agricultural policy. And in the coming months, leaders from the Agri-Food sector will be meeting with hundreds of candidates representing all parties from across the country in the lead up to this fall’s federal election. The CFA and its 28 member organizations hope that whomever wins this fall’s vote, Agri-Food and its significant benefits will be recognized and supported as a national priority for the 21st century.