April 24, 2018  By Alberta Agriculture and Forestry 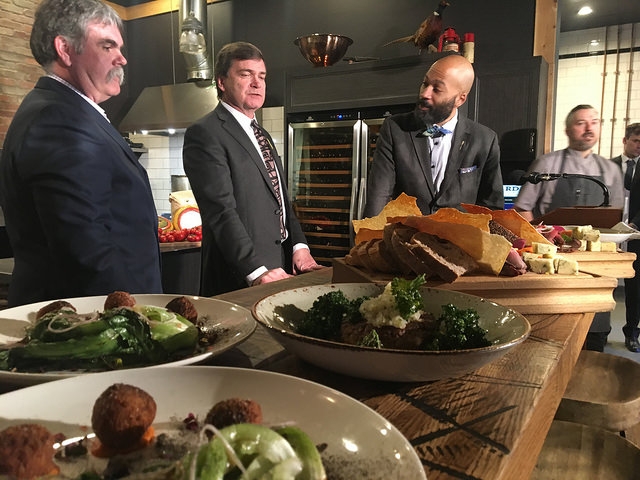 The proposed legislation would:

“Alberta has some of the best farmers and food producers in the world. Our government is stepping up to show their support for this industry and the people who put food on our table. This new legislation will help this growing industry find new markets, create new jobs and further diversify the provincial economy,” said Oneil Carlier, Minister of Agriculture and Forestry.

The legis`lation would include the establishment of a Local Food Council which would identify options to help address challenges affecting growth in the local food sector.

As well, a new Alberta Local Food Week would be held the third week of August to celebrate and promote local foods. This would tie in with the popular Open Farm Days program that offers Albertans the opportunity to visit local farms to get a better understanding of where their food comes from.

“This act would ensure that certified organic farmers and processors have a level playing field in Alberta. And consumers will now have trust and confidence that they are getting what they pay for when they buy local organic food,” added Charles Newell, president, Organic Alberta.

Under the proposed legislation, the province would also adopt the Canadian Organic Standard for organic foods produced and marketed in Alberta. This would help to improve consumer confidence that foods labelled “organic” are meeting a consistent and nationally recognized standard. Organic regulations will come into effect in 2019.

Government engaged with a wide variety of stakeholders that identified opportunities for the local food industry in the areas of market development, consumer awareness and education, policy and collaboration, access to capital and regulations.

Local food sales from farmers’ markets and through direct-to-consumer channels have more than doubled since 2008 and exceeded $1 billion last year.