Agriculture and food production businesses will not be impacted by a mandatory closure of non-essential businesses for 14-days ordered by the Ontario government to limit the spread of COVID-19. 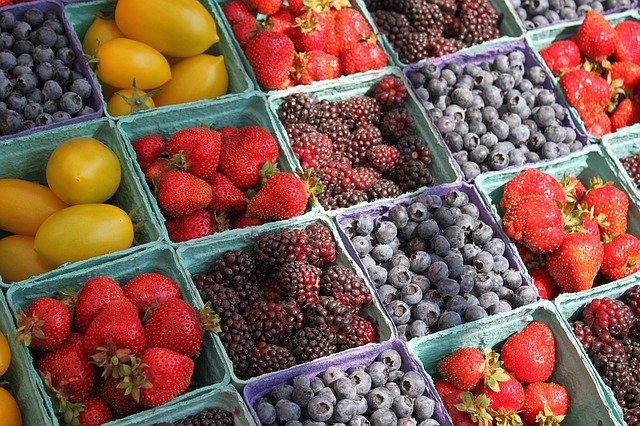 Businesses that farm, harvest, process, manufacture, produce or distribute food, will be allowed to remain open during the Ontario government's mandatory closure of non-essential businesses.

Agriculture and food production businesses in Ontario will not be forced to close during a mandatory closure of all non-essential workplaces ordered by the Ontario government to limit the spread of COVID-19.

On Mar. 23, 2020, the Ontario government ordered the mandatory closure of all non-essential workplaces for 14 days starting Tuesday, Mar. 24, 2020 at 11:59 p.m. All businesses considered non-essential will have to close for 14 days, according to the government’s release, with the possibility of being closed for longer as the situation evolves.

Essential businesses, which are outlined in a list from the Ontario government, will be permitted to stay open. Businesses that fall under “agriculture and food production” are considered essential and therefore not impacted by the mandatory 14-day closure.

The following businesses under “agriculture and food production” will be permitted to stay open:

For fruit and vegetable growers that means that farms, on-farm markets, greenhouses, and other support businesses (including equipment repair shops, safety supply stores, hardware stores, etc.) will remain open during this two-week period.

Farmers markets can open if allowed by local governments

In a conference call with media earlier in the day, Minister of Agriculture Marie-Claude Bibeau said that whether or not farmers’ markets will be allowed to open will be up to the discretion of provincial and municipal governments. Minister Bibeau reasoned that farmers markets that attract more tourists will likely close to adhere to social distancing protocols and markets that mainly serve local communities will reorganize to continue to serve their community.

“These are my thoughts, but it’s not in any way a directive. The municipal and the provincial levels will also get involved into it,” said Minister Bibeau.

The question was prompted by a release from the National Farmers Union (NFU) that advocated that “farmers markets be considered an essential service and allowed to continue operating.”

While NFU listed many proactive measures that can be taken, such as moving outdoors, increasing the space between vendors, and limiting the number of customers, among others, several on-farm markets have already moved to delivery or curb-side pick up models. However, most farmers markets start their season in the beginning of May so it might be too early to tell whether or not it will be a summer season without farmers markets. According to the Ontario government, farmers markets are considered an essential business and are allowed to remain open.

In B.C., Lana Popham, the province’s agriculture minister, said in a statement that markets will be allowed to operate for now but with additional conditions. Minister Popham said that farmers markets will be a source for local food, rather than a source for socializing and community. B.C.’s Ministry of Agriculture will also be providing financial support to the B.C. Association of Farmers Markets to develop an operating model that’s better suited to the emergency situation.

Restaurants and other food facilities that prepares and serve food will also be allowed to remain open, but only for delivery or takeaway.